Defenceman Alex Edler says signing an extension with the Vancouver Canucks was always his top priority. 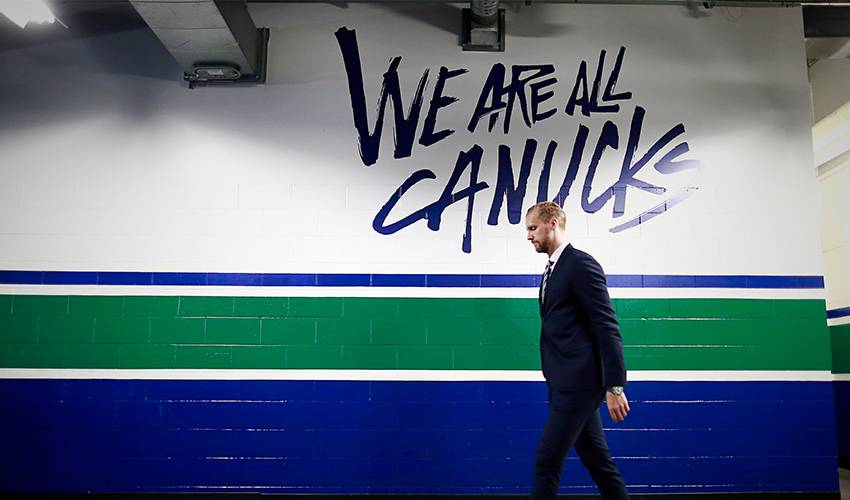 On Thursday, the Canucks announced that the 33-year-old Swede had inked a deal worth an average annual value of US$6 million to stay in Vancouver for two more years.

"I'm for sure happy. I've said all along that I wanted to stay,'' Edler said on a conference call. "I was willing to try to get something done until the end.''

A third-round pick (91st overall) in 2004 by the Canucks, Edler has spent his entire NHL career in Vancouver and leads the franchise in points among defencemen (368).

He was selected to the NHL all-star game in 2012, has 31 points in 65 playoff games, and has represented Sweden multiple times at the Olympics, world championship and world junior championship.

"And I think that all kind of played into him wanting to be here for the next couple years. And then we'll see from there. If he wants to keep playing, we'll try to figure something out."

Edler had an opportunity to test the free agent market come July 1, but said staying in B.C. was always his goal.

"I've said from the beginning that if a deal was there with Vancouver, that was my number one priority,'' he said. "You never know what's out there in free agency so I didn't think too much about that.''

Last season, the veteran defenceman had 10 goals and 24 assists in 56 games, but struggled with injuries.

Asked if he would consider taking games off to better manage his health, Edler said he simply wants to play hockey as long as his body feels good.

"I come into training camp in great shape every year and I certainly think my body can take 82 games," he said.

"There's unexpected things that happen, that have happened to me. But injuries are part of it. I'm obviously trying every year not to get injured. But sometimes there's nothing you can do."

Edler plays tough hockey for the Canucks, leading the power play, helping to kill penalties and shutting down marquee opponents. In order to help minimize his injuries, the club needs to add some help for him on the back end, Benning said.

"He plays a lot of minutes for us every year. He plays in all situations," the GM said. "But our goal is to try to help support him and to add some depth to our blue line so he doesn't have to play as many hard minutes."

"The market for defenceman — as we see with Karlsson signing and Edler signing — the free agent market is dwindling," he said, adding that he's been in talks with several teams about trading for a blue liner.

The Canucks also have some up and coming back-end talent, including 19-year-old defenceman Quinn Hughes who played five NHL games last season after finishing his NCAA career at the University of Michigan.

Edler understands that his role with the Canucks may evolve as younger players grow and said ice time should always go to whoever is playing the best.

"I'm always going to try to be the best out there every game, the best that I can,'' he said. "If guys are better than me, they should play more. That's just how it works.''

Whether another extension with the Canucks could come in two years remains to be seen, the blue liner said.

"In a perfect world, we're still a good team then, I can still contribute,'' Edler said. "So in my perfect world, I would like to play my last game for the Canucks, whenever that is.''