Kevin Hayes watched with significant interest as the Philadelphia Flyers made moves to get better right away. Then he signed on the dotted line for the long term to add to those efforts. 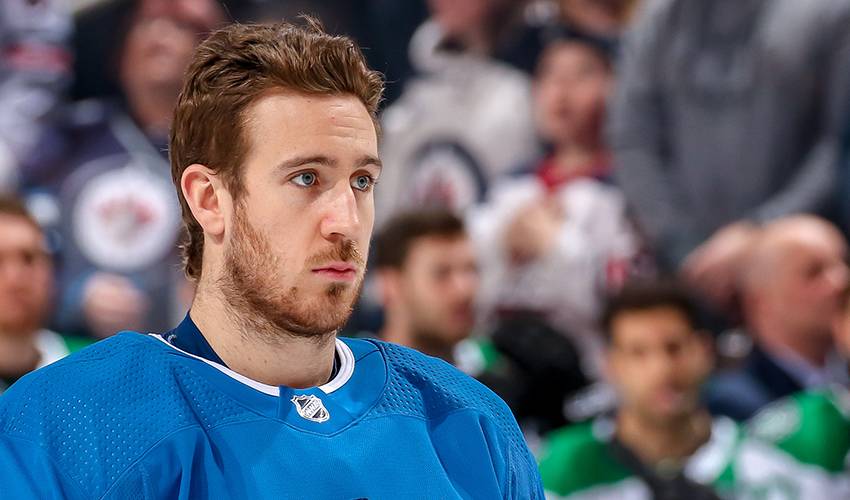 Kevin Hayes watched with significant interest as the Philadelphia Flyers made moves to get better right away.

Then he signed on the dotted line for the long term to add to those efforts.

Hayes signed a $50 million, seven-year contract with the Flyers on Wednesday that's worth $7.14 million a season. The 27-year-old is Philadelphia's third major addition this after trading for Matt Niskanen and Justin Braun and is the most prominent sign yet that the franchise has shifted from building to trying to contend for a title.

"(Acquiring) Niskanen and Braun, it just shows that they're in a win-now mentality," Hayes said on a conference call Wednesday. "With the three moves they made in the last couple weeks, it just shows their fans and shows the team and the organization that they want to win right now and that factored into my decision, as well — being able to win."

The Flyers haven't won the Stanley Cup since 1975, now the fourth-longest drought in the NHL, and missed the playoffs four out of the past seven years. Former general manager Ron Hextall's regime was about drafting and developing, and now Chuck Fletcher is turning his attention to making Philadelphia a playoff contender again.

Committing this substantial price to Hayes shows that. The Flyers sent a fifth-round pick to Winnipeg for his exclusive negotiating rights and also traded Radko Gudas and second- and third-round picks to get Niskanen and Braun.

This was all part of the plan.

"We're stronger, we're deeper and we filled a lot of the holes we identified coming into the summer," Fletcher said. "Certainly our expectation is we're a more competitive hockey club, but there's a lot of work to be done to take this collection of individuals and make it into a strong team."

Hayes becomes the Flyers' third-highest paid player behind captain Claude Giroux and winger Jakub Voracek and should step in as their new No. 2 behind Sean Couturier. He's coming off a recording a career-high 55 points last season with the Rangers and Jets and has 92 goals and 137 assists in 381 regular-season NHL games.

"He checks a lot of boxes we were looking for," Fletcher said. "We like his size, we like his skill, we like his 200-foot game. We like his age: He's just entering the prime of his career and he plays a premium position at . So we think he rounds out our forward group out and will give our coaching staff a lot of options going forward."

That coaching staff has a lot to do with why Hayes and the Flyers identified each other as a good fit. Hayes played under new Philadelphia coach Alain Vigneault for four seasons in New York, something that will ease his adjustment.

"We had a great relationship on and off the ice," Hayes said. "He demands hard work and if you play the correct way, he kinds of lets you play freely offensively, and that was a huge factor in the decision. Being comfortable with him just made the decision a lot easier."

The money doesn't hurt, either, and Hayes got a full no-movement clause in the first three years of the contract to protect against Seattle expansion. He'll be able to submit a 12-team no-trade list in the final four years.

Hayes could have waited until Sunday to talk to any interested club and pick his destination July 1. Instead, he said the familiarity with the Flyers, what he thought his role could be and his belief they can win sooner than later led him to forego unrestricted free agency.

"It was kind of a no-brainer," Hayes said. "I think Chuck and (president Paul Holmgren) are putting together a team that can do some damage and ultimately win the Stanley Cup."