The Buffalo Sabres have re-signed leading scorer Jeff Skinner to an eight year, $72 million contract in addressing one their most pressing off-season needs. 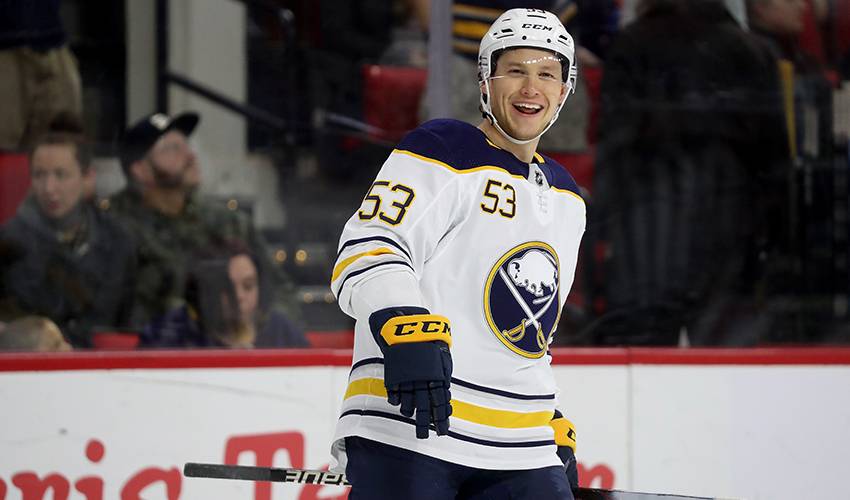 BUFFALO, N.Y. — The Buffalo Sabres have re-signed leading scorer Jeff Skinner to an eight year, $72 million contract in addressing one their most pressing needs.

Skinner becomes the team's second-highest paid player behind captain Jack Eichel in a deal reached Friday night, and three weeks before the forward was eligible to become an unrestricted free agent. The ninth-year player who has now topped 30 goals four times had been considered a key piece for a rebuilding team since Buffalo acquired him in a trade with Carolina in August.

The just-turned 27-year-old led Buffalo with a career-best 40 goals and finished third on the team with 63 points in 82 games.

Negotiations began in January, with Skinner expressing a desire to stay in Buffalo. Aside from his production and bond he developed with Eichel, Skinner also enjoyed playing closer to his hometown of Toronto, about a two-hour drive from Buffalo.