May 28, 2019
By:
Canadian Press
Other News
Edmonton Oilers

The Edmonton Oilers added another foundational piece to their latest rebuild Tuesday, hiring veteran head coach Dave Tippett to take over behind the bench. 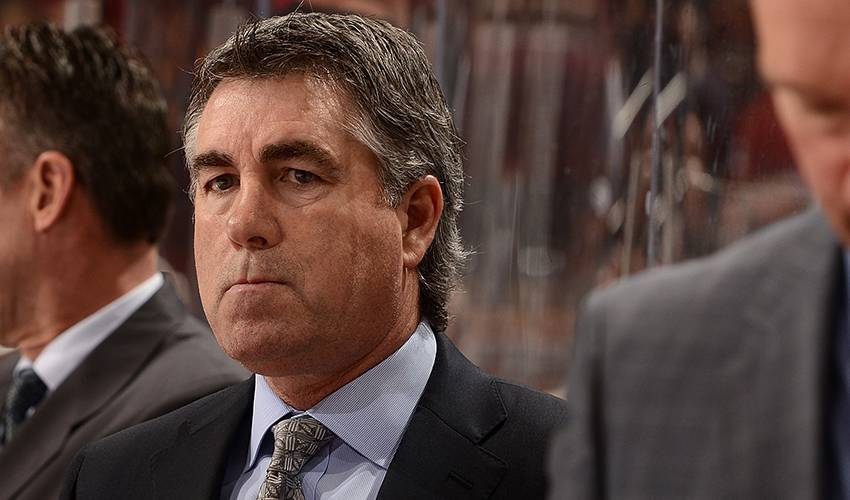 EDMONTON — The Edmonton Oilers added another foundational piece to their latest rebuild Tuesday, hiring veteran head coach Dave Tippett to take over behind the bench.

Tippett, with more than a thousand NHL games as a head coach in Dallas and Arizona, noted he also has a construction background, and suggested the Oilers don't need to be stripped back to the studs despite missing the playoffs 12 times in 13 years.

"I come to a team here that obviously has good pieces (and) lots of upside," said Tippett, sitting beside Oilers general manager Ken Holland in a news conference at Rogers Place.

Tippett is famous for instituting strong systems that helped turn around teams in Dallas and, particularly in Arizona.

He addressed concerns Tuesday that he'll put in a system that will strangle the creativity of Draisaitl and McDavid, both of whom finished in the top four in NHL point scoring this year, with Draisaitl hitting the 50-goal plateau.

"As far as (begin pigeonholed as) the defensive coach, I laugh at that all the time," he said.

He noted he was hired for the Dallas Stars for his offensive coaching skills, but then became a so-called defensive guru when he had moved to Arizona (then Phoenix) and had to win with fewer pure scorers and more muckers and grinders.

"I look at myself as a coach that tries to find a way to win with the people that I have."

He said he is particularly impressed with the way Draisaitl and McDavid thrive when they're on the same forward line.

"Connor can give and go with him, and then basically Draisaitl shoots when he gets a chance. That's something that sticks out in my mind," he said.

"That being said, I'm not stuck on that. I want to see how the rest of the lineup, by the time we get to training camp, looks."

The 57-year-old from Moosomin, Sask., inherits a roster with a lot of holes and question marks.

After McDavid, Draisaitl, and Ryan Nugent-Hopkins the offence is a wasteland, and the bottom six forwards need a major upgrade.

The defence has stalwarts like Darnell Nurse and Oscar Klefbom but needs work, especially given Tippett said he views defenders as pivotal to the offensive game and the forecheck.

Goaltending is a challenge. Edmonton's number one netminder Mikko Koskinen is getting prime time dollars ($4.5 million a year) despite showing a shaky glovehand after taking over the top job in February.

Fans have been livid over the latest failed season.

Social media comments and fans on call-in shows place the blame on owner Daryl Katz and a front office they say can't assess talent, gets fleeced in trades, can't develop the good players it does inherit, and is beguiled by the back channel advice of ex-Oilers from the team's 1980s glory years.

The organization appears to have responded, firing general manager Peter Chiareilli in January and replacing him with longtime Detroit Red Wings GM Holland. Since then, the team has parted ways with Duane Sutter, the vice president of player personnel.

Front office executive Craig MacTavish, from the Oilers glory years, has left to coach in Russia.

Tippett has been out of coaching since a mutual decision to part ways with the Coyotes following the 2016-17 season.

Since then he had been working as a senior adviser to Seattle's new NHL team.

He coached the Coyotes for eight seasons. Prior to that he guided the Stars for six seasons. He missed the playoffs in his final year in Dallas in 2008-09, one year after taking the Stars to the conference final to complete a run of five straight years in the post-season.