May 23, 2019
By:
Canadian Press
Other News
Ottawa Senators

There were more experienced candidates available, but the Ottawa Senators believe D.J. Smith is the best coach to lead the team. 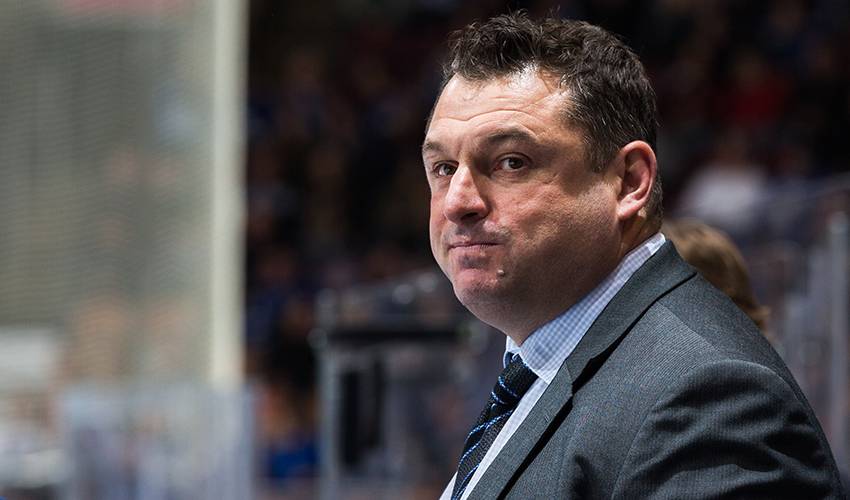 OTTAWA — There were more experienced candidates available, but the Ottawa Senators believe D.J. Smith is the best coach to lead the team.

"D.J. checked off all the boxes," said Senators general manager Pierre Dorion. "We felt we interviewed the seven best candidates for this job and when we went back over it, there were numerous things we liked about D.J."

Smith, 42, spent the last four seasons as an assistant coach on Mike Babcock's staff with the Leafs. He previously led the Ontario Hockey League's Oshawa Generals to the Memorial Cup in 2015.

Smith takes over a team that finished last in the NHL standings while giving up a league-worst 301 goals last season.

While the Leafs have made the playoffs three years in a row, Smith was in charge of a Toronto penalty kill that had just a 56.3 per-cent success rate in the team's seven-game loss to the Boston Bruins in the opening round of the post-season. That's the second-worst mark of the 16 teams to reach the playoffs.

Martin and Bowness are former Senators head coaches, while Roy has NHL experience as head coach of the Colorado Avalanche.

Smith is the seventh head coach hired by the Senators since the late Bryan Murray stepped away from the bench in 2008.

"It was just a feeling that this guy was going to knock it out of the park," said Dorion.

It marks Dorion's second hiring of a full-time head coach since taking over as GM in 2016.

Dorion had similar enthusiasm when he hired Boucher in May 2016, saying, "No doubt in my mind, from the first time that I met him I felt this would be the guy to lead the Ottawa Senators."

Dorion, who is entering the first year of a three-year contract extension, fired Boucher with 18 games remaining last season, saying they needed someone who could bring better ideas and more energy.

"I know D.J.'s going to make players accountable, that's the one thing I'm sure about," Dorion said. "I know players will be accountable under D.J. because of the way he talks and the way he communicates with players."

Dorion took offence when told the Smith hiring could be viewed as a move to save money by the organization.

"He could have been $10 million a year, he could be working for $1 — no impact,” Dorion said. "I say that with as much certainty as anything I've ever told you. He was the man. He's the best coach for this job. He's getting paid very well for this job."

Despite the numerous issues the Senators have had both on and off the ice, Smith said he had no hesitation about coming to Ottawa.

"Any coach that wants to prove that he's going to be a good coach in this league sees this as an unbelievable opportunity to have these young guys," Smith said.

"People out there might think whatever they think about the team, but this is a chance to rise with them and a chance for us and myself to prove that we can do the job."

Smith believes his years spent coaching junior hockey will serve him well with Ottawa’s young roster. He was an assistant with the OHL's Windsor Spitfires from 2005 to 2011 before a three-year run as Oshawa's head coach.

"It's the day-to-day relationships you have to form with these guys," said Smith. "You have to speak a little bit on their language, but also you have to give yourself to them."

Defensive play will be a focus for Smith and his staff.

"Defence is a five-man unit," said the native of Windsor, Ont. "We're going to develop these defencemen to not only be active in the rush, but they're going to be responsible defensively and it doesn't just fall on them. We're going to teach the centres how to play low in their zone."

Smith sees similarities between the Leafs and the Senators. When he started out in Toronto, the Leafs were one of the worst teams in the league.

"It starts by building, day in and day out, a foundation of hard work," said Smith. "I think you’ll hear me say that a lot, but it’s going to be accountability, hard work and we're going to get better every day. You're never going to put limitations on a group, I certainly won't put limitations on this team next year, but also you have to manage expectations as to what your team looks like."

"D.J. is a wonderful coach, he certainly paid his dues," said Burnett, whose team is competing in the Memorial Cup. "He's a winner, I'm happy for him.

"It's nice to see top young guys getting opportunities. There's a lot of guys breaking down barriers the way the game is being changed right now and I have the utmost respect for him. His track record speaks for itself."

— with files from Kyle Cicerella in Halifax.