May 15, 2019
By:
Canadian Press
Other News
Buffalo Sabres

Ralph Krueger has officially been named the new coach of the Buffalo Sabres as the franchise seeks to return to the playoffs after an eight-year absence. 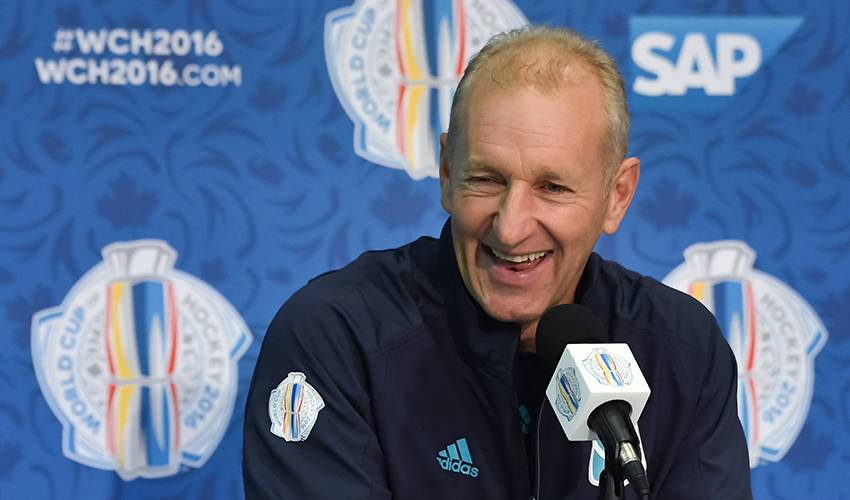 Ralph Krueger changed his mind on returning to coaching in the NHL just in time to give the Buffalo Sabres the experience they wanted behind the bench.

Krueger was named Sabres coach on Wednesday after spending the past five years as chairman of English Premier League soccer club Southampton FC. Krueger coached the Edmonton Oilers during the lockout-shortened 2013 season and was an assistant for two years before that.

The 59-year-old said he'll "strive to maximize the potential that lies within this team" that missed the playoffs the past eight seasons.

"I look forward to building on the many positives that have been established within the organization," Krueger said. "I am especially eager to get behind the bench and represent this passionate hockey city."

Krueger only has 48 games of NHL head-coaching experience, but Buffalo general manager Jason Botterill said the team's brass put a lot of stock into international experience. Krueger coached Switzerland's national team to Olympic appearances in 2002, 2006 and 2010, took Team Europe on a surprising run at the 2016 World Cup of Hockey, was part of several world championships and served as a consultant under Mike Babcock when Canada won Olympic gold in 2014.

It helped his case that Krueger spent time as a Carolina Hurricanes consultant while coaching overseas and spent three total seasons as a coach at the NHL level. Botterill had been vocal about wanting an experienced head coach after firing Phil Housley , who was in his first such job, but said the Sabres looked at up-and-comers as well as veterans for this job.

That pursuit led to Krueger, who's well-respected in hockey circles for his knowledge of the sport and ability to be a tactician and a good players' coach. Botterill expects Krueger, who's still in Europe, to meet Sabres captain Jack Eichel and forward Sam Reinhart at the world championships in Slovakia to begin building a rapport with them.

"Ralph is a great communicator and has a history of being a strong leader," Botterill said. "His past has shown that he has a great ability to interact with players and get the most out of a group."