Leafs D Dermott to have shoulder surgery, will be out at least six months

May 9, 2019
By:
Canadian Press
Other News
Travis DermottToronto Maple Leafs

The Toronto Maple Leafs say defenceman Travis Dermott will undergo shoulder surgery on Friday and is expected to be out of action a minimum of six months. 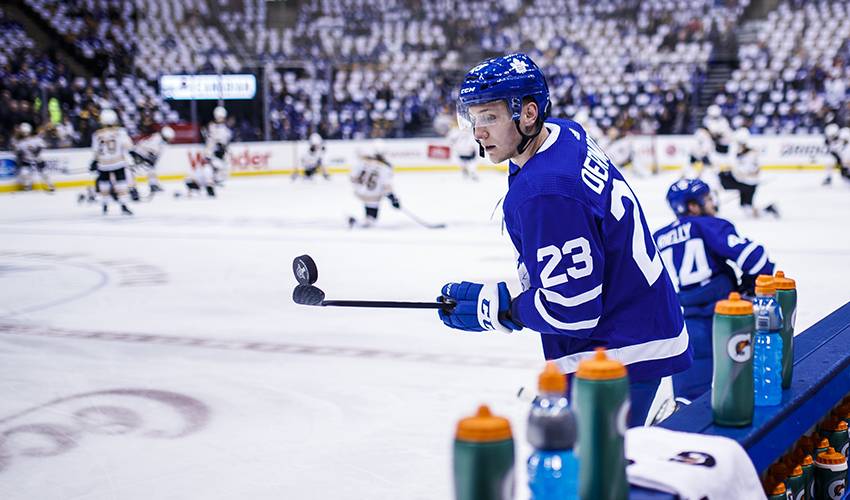 TORONTO — The Toronto Maple Leafs say defenceman Travis Dermott will undergo shoulder surgery on Friday and is expected to be out of action a minimum of six months.

The prognosis means Dermott will miss training camp and the beginning of the 2019-20 season and won't be avaialble until the second week of November at the earliest.

The 22-year-old Dermott had four goals and 13 assists in 64 games for the Maple Leafs this season. He added a goal and two assists in seven playoff games in Toronto's first-round defeat to Boston.

Dermott originally injured his shoulder during Toronto's 6-2 win over Edmonton on Feb. 27 when he was checked into the boards by Oilers forward Brad Malone. He missed 14 contests, then returned for Toronto's last five regular-season games and its playoff series with the Bruins.

Dermott was originally selected by the Maple Leafs in the second round (34th overall) of the 2015 NHL draft.