The Vancouver Canucks have signed goalie Thatcher Demko to a two-year extension. 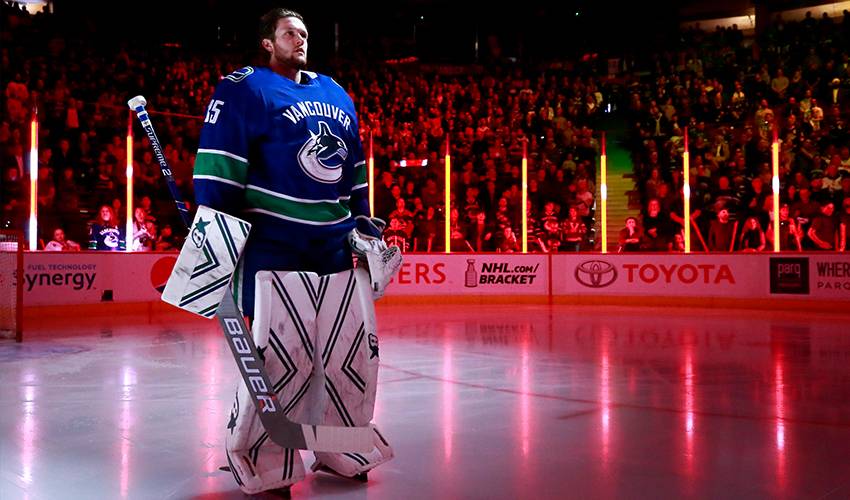 The club announced the deal on Wednesday, saying in a release that the new contract carries an annual average value of US$1.05 million.

Vancouver picked the six-foot-four, 192-pound netminder 36th overall in the second round of the 2014 draft.

Demko has spent much of his professional career with the Canucks' American Hockey League affiliate, the Utica Comets, where he became the team's all-time leader in wins and earned AHL all-star honours last year.

The San Diego native was called up to backup starter Jacob Markstrom in January after the Canucks traded goaltender Anders Nilsson to the Ottawa Senators.

Demko became the first goalie in franchise history to win his first two NHL games on Jan. 18 when he made 36 saves in a 4-3 win over the Buffalo Sabres.