The Philadelphia Flyers have hired Alain Vigneault as head coach. 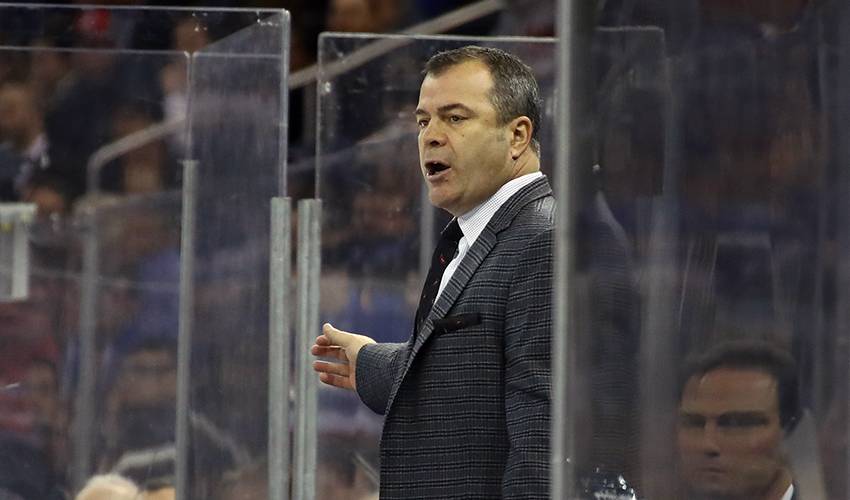 PHILADELPHIA — The Philadelphia Flyers have hired Alain Vigneault as head coach, hoping the veteran can help lead them to their first Stanley Cup since 1975.

Vigneault has led the New York Rangers and Vancouver Canucks to the Stanley Cup Final and takes over a Flyers team that missed the playoffs for the second time in three seasons. Flyers general manager Chuck Fletcher made his first big move since he was hired in November after Ron Hextall was fired. Fletcher fired coach Dave Hakstol a month later and replaced him with interim coach Scott Gordon.

Vigneault gets a chance to lead a third team to the Stanley Cup Final.

"The history they have established and the passionate fan base has made this a first-class franchise. I am excited to work with Chuck, the talented group of players, and the prospects coming up through the system in order to return Philadelphia to the top of the NHL landscape," Vigneault said.

The Flyers went 37-37-8 for 82 points this season and haven't reached the second round of the playoffs since 2012. Gordon was 25-22-4 over 51 games and was offered a chance to return to coach the Flyers' AHL team in Lehigh Valley.

The Flyers last played in the Stanley Cup Final in 2010.

The Rangers made the playoffs in four of Vigneault's five seasons as coach, including a 2014 trip to the Stanley Cup Final. They went 226-147-37 in the regular season under Vigneault, who is third in regular-season and playoff wins in franchise history. Vigneault, who turns 58 in May, has coached 16 NHL seasons for the Montreal Canadiens, Canucks and Rangers. His team made the playoffs 11 times, and he took Vancouver to the 2011 Cup Final. He was named NHL coach of the year in 2006-2007 with Vancouver.

"He brings a tremendous amount of success over an extended period of time that will prove valuable to our team to take the next steps in returning the winning culture to the Philadelphia Flyers organization," Fletcher said.

The Flyers are franchise in flux with a core of veterans that has failed to win many meaningful games. Those players include captain Claude Giroux, Jake Voracek, James van Riemsdyk and Sean Couturier, and Philadelphia also has a group of promising 20-somethings such as Travis Sanheim, Oskar Lindblom, Shayne Gostisbehere and Nolan Patrick. The Flyers showed marked improvement this year when they called up 20-year-old goalie Carter Hart, and they believe he has potential to carry the team on a deep playoff run.

Vigneault's success with younger players appealed to Fletcher, who is looking to avoid a lengthy rebuild.

"When you go back to Vancouver when he came in there, all the younger players they had, and he turned that franchise around quickly," Fletcher said.

Vigneault will also serve as the head coach for Team Canada at next month's World Championships in Slovakia.