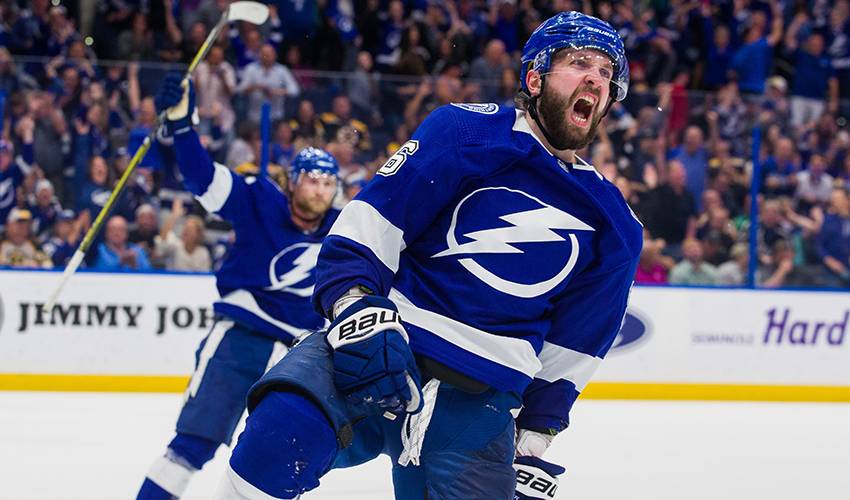 Through no fault of his own, the Edmonton Oilers captain was not included among last year's three MVP candidates, causing a stir back home. So McDavid understandably deferred when recently asked to list his Hart Trophy front-runners this year.

"After last year, I'm not commenting," McDavid said, chuckling. "I have no idea who will win it at all."

McDavid, who won the Hart in 2017 after leading the Oilers to their first playoff berth in 11 years, isn't likely to be included among this year's finalists even though he entered the final week of the season second in the league with 115 points. Trouble is, the Oilers have already been eliminated from playoff contention, and McDavid and everyone else are being overshadowed by the numbers Nikita Kucherov is putting up with the President's Trophy-clinching Tampa Bay Lightning.

"It's not at all surprising. He was unbelievable last year, and seemed to get no recognition for it," McDavid said, noting how Kucherov finished third in the NHL with 100 points last season. "They're a team that scores a lot of goals. And he's in on most of them. It's pretty impressive."

Kucherov is tied for the Lightning lead with seven game-winning goals and part of a team that became only the NHL's third to win 60 or more games. Kucherov has also led the points race since Dec. 28, and gone no more than two games without registering a point this season.

That's not to say there aren't others worthy of mention.

Calgary's Johnny Gaudreau, with a career-best 97 points already, has played a key role in helping the Flames clinch their first division title in 13 years.

Though Sidney Crosby's production has tailed off with just three assists in Pittsburgh's past nine games, the Penguins could have been in jeopardy of missing the playoffs for the first time since 2006 if not for their captain's team-leading 95 points. Chicago's Patrick Kane, who enjoyed a 20-game point streak, would deserve consideration if not for the Blackhawks sitting last in the Central Division.

Former NHL executive-turned broadcaster Brian Burke said it's difficult to consider anyone ahead of Kucherov, suggesting he has essentially "lapped the field."

"You'd have to be statistically such an aberration, such a unicorn, that voters would have no choice but to say, 'OK, that's the guy,'" Burke said.

"But that's not the case where you've got Kucherov. So there's no unicorns," Burke added. "You've already got a guy who's blowing everyone away."

That said, here is The Associated Press list of end-of-season award contenders:

In the conversation: Crosby, Gaudreau, Kucherov and Brad Marchand (Boston).

Who should win: Kucherov.

Who should win: Giordano.

Comment: A career-best season for a captain on the Pacific Division's top team.

Who should win: Vasilevskiy.

Comment: Tightest race to call and could include Islanders' tandem of Robin Lehner and Thomas Greiss, though each eliminate each other by splitting starts.

Who should win: Stone.

Comment: Before being traded to Vegas, Stone had an exceptional plus-13 rating on a Senators team that has currently allowed an NHL-worst 285 goals.

Who should win: Pettersson.

Who should win: Cooper.

Comment: Though Berube and Trotz deserve consideration, it is difficult to overlook the job Cooper's done with a 60-win team.

Blue Jackets John Tortorella wasn't initially in the mood to divulge what was discussed during a team meeting after a 4-1 loss at Edmonton on March 21 that extended Columbus' skid to 0-2-1.

"That's none of your business," he responded. Pressed further, given how Columbus rebounded to win its next five, Tortorella said: "We (stunk) against Edmonton. I mean it was pitiful against Edmonton, so we tried to clean some things up."

The Central Division title and the Western Conference's final playoff berth could be on the line in one of the final games on the regular-season schedule Saturday when Winnipeg travels to face Arizona.