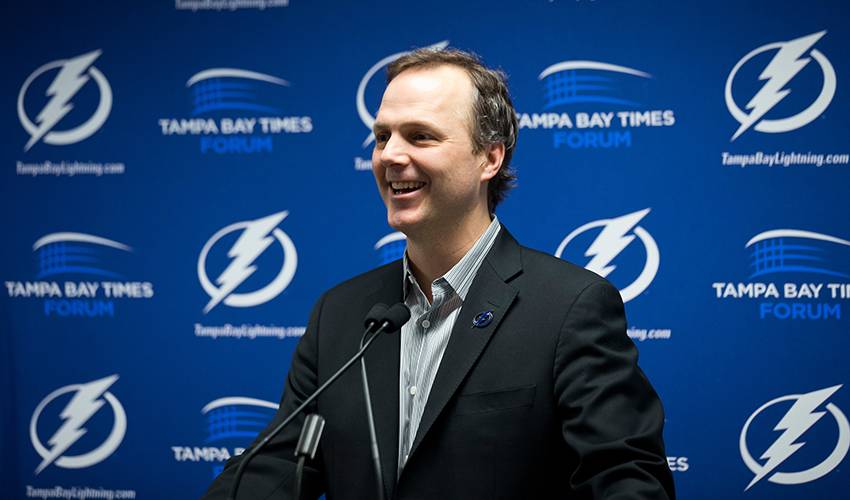 A native of Prince George, B.C., Cooper has been behind the Tampa bench since March 2013 and is currently the longest-tenured coach in the NHL.

Cooper's record with the Lightning stands at 301-157-44. He's led the club to the Eastern Conference final three times, including a trip to the Stanley Cup in 2015.

The Lightning, who sit with a record of 59-14-3, are also within striking distance of the league's single-season wins mark of 62 set by the 1995-96 Detroit Red Wings.

"(Cooper's) ability to forge impactful relationships with everyone from players to staff has been a trademark of his tenure with the organization," Tampa general manager Julien BriseBois said in a statement. "Coop's ability to develop a strong culture while continually adapting has been a big part of the team's success.

"He has helped set high standards for our organization with his unrelenting drive for excellence."