Alex Ovechkin and the Washington Capitals will get a chance to celebrate their Stanley Cup championship with President Donald Trump at the White House on Monday. One player has already said he won't attend. 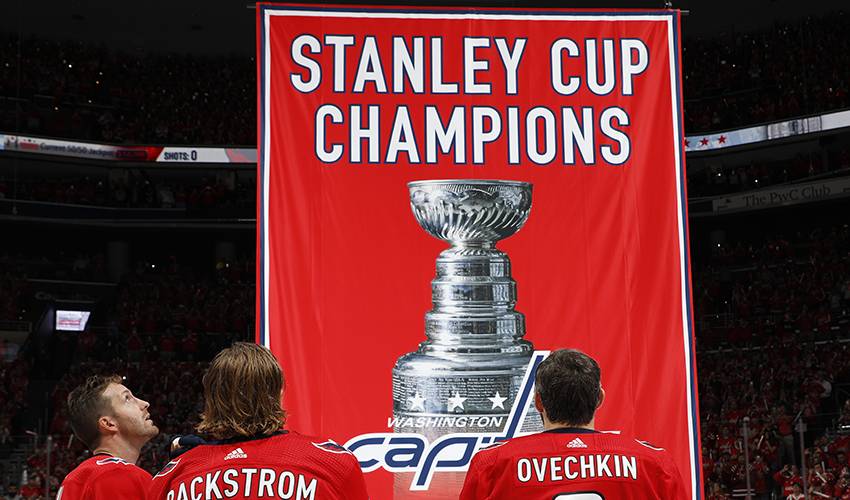 WASHINGTON — Alex Ovechkin and the Washington Capitals will get a chance to celebrate their Stanley Cup championship with President Donald Trump at the White House on Monday. One player has already said he won't attend.

Minutes after the Capitals beat the New Jersey Devils 4-1 on Tuesday night, forward Brett Connolly said he would skip the ceremony.

"I said what I needed to say," said Connolly, who had hinted that he would not attend before the White House sent the invitation. "Respectfully, decline. That's all I will say about it. Everyone is entitled to their opinion. It's obviously a big deal and gains a lot of attention, but I have been in full support of an old teammate that I am really good friends with and I agreed with."

Connolly, who is Canadian, did not identify the player.

The most obvious choice is forward Devante Smith-Pelly, who is currently in the minors. He had told Postmedia in Canada during the Stanley Cup final that he wouldn't go to the White House.

Ovechkin and his teammates are continuing the NHL tradition of visiting the sitting president after some recent champions in other leagues have chosen not to.

The Russian-born captain and playoff MVP said he was excited about the White House trip after the game and planned to attend.

"I can't wait," Ovechkin had said in June. "I never been there. I want to take pictures around it. It will be fun."

The Capitals are Washington's first champions in the four major North American sports leagues since the NFL's Redskins in 1992, also the last hometown pro team to visit the White House.

This visit has political undertones given that special counsel Robert Mueller is looking into whether the Trump campaign with Russia and whether the president obstructed the investigation. Ovechkin has been a vocal supporter of Russian President Vladimir Putin, and fellow countrymen Evgeny Kuznetsov and Dmitry Orlov are also on the team.

After posting on Instagram about Putin in November 2017, Ovechkin said it was not political while adding that he had a good relationship with Putin.

The 2017 champion Pittsburgh Penguins visited the White House and Trump. Back-to-back Cup-winning coach Mike Sullivan said at the White House in October 2017 that the team's visit was not political and the Penguins were "simply our championship and the accomplishments of this group of players over this season or the last two seasons."

The NBA's Golden State Warriors decided not to go to the White House after either of their past two championships. Several players met with former President Barack Obama before facing the Washington Wizards in February.

The NFL's Philadelphia Eagles had a visit planned, but only two players planned to go to the White House to celebrate their Super Bowl win, and Trump rescinded their invitation on the eve of the gathering. After the New England Patriots won the Super Bowl in February, defensive back Devin McCourty said he wouldn't go if the team visited Trump, which it did in 2017 — absent quarterback Tom Brady and others.

Major League Baseball's Boston Red Sox are scheduled to celebrate their World Series championship at the White House on May 9.

They won the first Stanley Cup in franchise history last June against the Vegas Golden Knights.

"It will be fun," Nicklas Backstrom said of the White House trip on Tuesday night. "It's exciting. Any time you get an invitation from the president and be at the White House, it's going to be a great experience, I think."

Goaltender Braden Holtby said at the time the Capitals would make a team decision about the White House and "weigh the positives and negatives of everything."

"In any situation like that, you want to make sure you're doing what's right for what you believe in and that should take thought — and weigh a group decision," Holtby said.