The New Jersey Devils traded goaltender Keith Kinkaid to the Columbus Blue Jackets for a fifth-round draft pick in 2022. 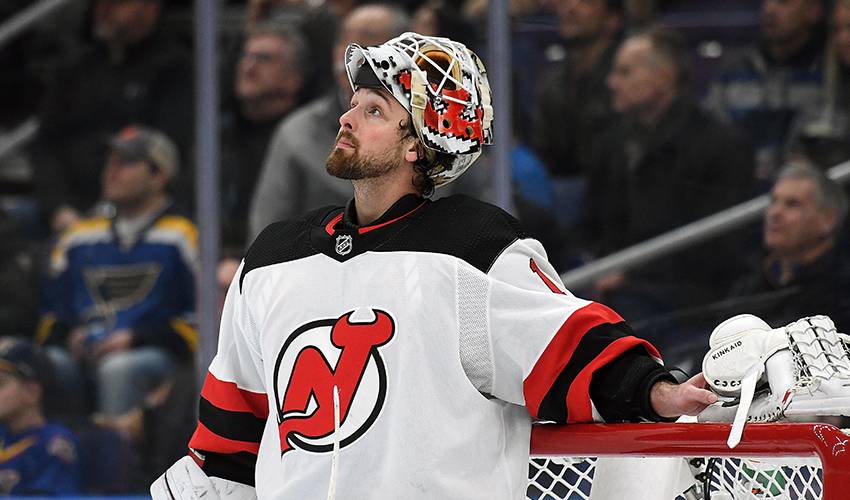 NEWARK, N.J. — The New Jersey Devils cleared the way for goaltending prospect Mackenzie Blackwood to rejoin the team by trading goaltender Keith Kinkaid to the Columbus Blue Jackets for a fifth-round draft pick in 2022.

The Devils announced the deal Monday, hours before they made a second move on deadline day, trading forward Marcus Johansson to the Bruins for Boston's second-round pick this year and their fourth-round pick in 2020. New Jersey will retain 40 of Johansson's salary in the transaction.

New Jersey, which is unlikely to get back to the this year, also moved Brian Boyle and Ben Lovejoy in the days leading up to the deadline. In return for the players who were going to be free agents after this season, it collected five draft picks and 24-year old Connor Carrick.

"The Kinkaid thing was not even so much about Keith," general manager Ray Shero said. "He's done a great job here especially last season as we all know, but it was more about getting a chance for Mackenzie Blackwood up here with Cory (Schneider).

The undrafted free agent played his best in the second half of last season, taking over for an injured Schneider and leading the Devils to their first playoff spot since reaching the Stanley Cup Final in 2012.

"For Keith, it was a situation where I think he's getting a different opportunity," coach John Hynes said. "For us, we're excited to see Mackenzie. For Keith, it is something for him, he's learned a lot here. He's played well and he's been a big part of our team. It's more of the nature of the business than it is him needing a change."

Blackwood, who was recalled from the AHL after the Kinkaid trade, was 6-4-0 in 13 games with New Jersey earlier this season. He had a 2.37 GAA.

Shero also took the time to talk about MVP Taylor Hall, who has been sidelined with a lower-body injury since Christmas time. He has been skating but the team has never discussed the exact nature of his injury.

Shero said the Devils expect to know more in the next week about Hall, Sami Vatanen (concussion) and forward Stefan Noesen (lower body).

"He definitely wants to play," Shero said of Hall. "He's a hockey player. To me whether it's Sami as I said, or Stef or Taylor they all love to play. At the same time, it's not so much where we are in the standings. They all love to play and get back and play. But it's not going to be a situation where we rush anyone back. I think the same thing will apply to Taylor."