Sabres' Okposo feels good as he recovers from 3rd concussion 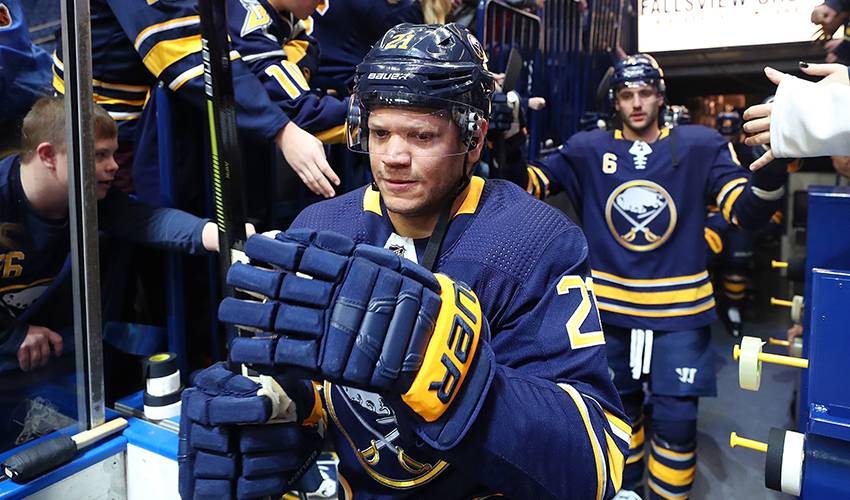 A smiling Okposo made the comment Saturday while making his way through the press box to watch Buffalo's home game against Washington.

His appearance came after coach Phil Housley said Okposo has begun skating on his own a little over a week since being felled by a punch to the face during a fight with New York Rangers Tony DeAngelo.

Okposo was cleared to travel for the team's game at New Jersey on Feb. 17. He did not play against the Devils and instead was sent home, where he was diagnosed with a concussion.

Housley didn't provide a timetable in saying he imagines Okposo returning to play this season.

"He skated again today and those are all good signs for us," Housley said.

Okposo's concussion history includes him missing the final two weeks of the 2017-18 season and spending nearly a week in a hospital after what he called a routine hit in practice. He also missed three games last March after suffering a concussion in a collision with Ottawa's Bobby Ryan.