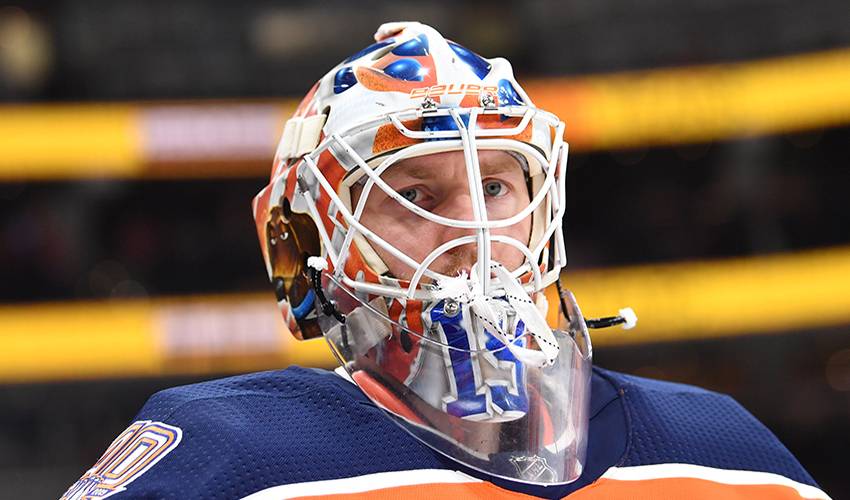 The deal runs through the 2021-22 season. Koskinen, 30, is in his first campaign with the Oilers, having spent seven seasons in Europe after logging four games with the New York Islanders in 2010-2011.

"We are excited to have signed Mikko to a three-year contract extension through the 2022 season. Mikko has a lot of experience as a No.1 goalie and has performed well both internationally and for our club," said Peter Chiarelli, president of hockey operations and general manager of the Oilers.

The six-foot-seven, 202-pound goaltender has compiled a 2.78 goals against average, .911 save percentage, three shutouts and a 14-10-1 record in 27 games with Edmonton this season. Koskinen signed a one-year, $2.5-million contract with the team on May 1.

Koskinen was selected by the Islanders 31st overall in the 2009 NHL Draft.

Earlier Monday, the Oilers announced that they had placed forwards Ty Rattie and Ryan Spooner on waivers.

Spooner, who was acquired from the New York Rangers in November in exchange for Ryan Strome, has recorded two goals and an assist in 24 games with Edmonton.

Rattie, who's in his second season with the club, has picked up two goals and eight assists across 29 games.