The Philadelphia Flyers have placed forward Dale Weise on waivers. 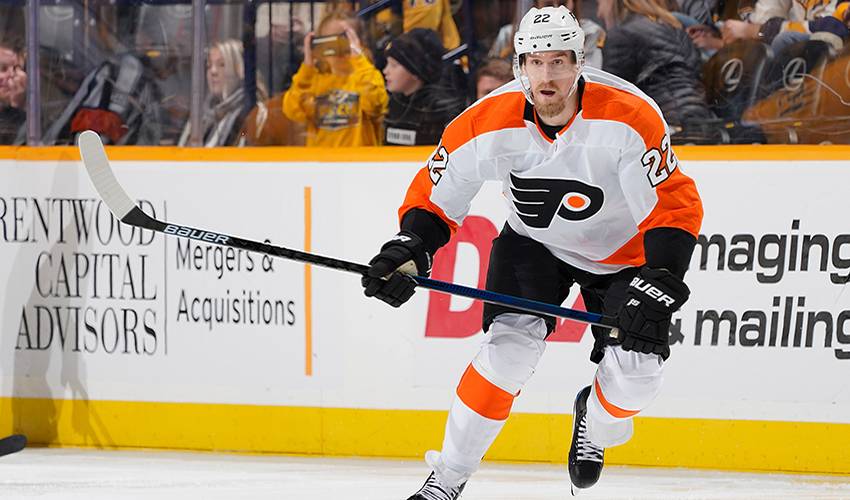 General manager Chuck Fletcher announced the move Tuesday. Weise has one season left after this one on a $9.4 million, four-year contract he signed under previous GM Ron Hextall.

Weise has underperformed during his time with Philadelphia, registering just 34 points in 152 games. If he goes unclaimed, which is likely given his $2.35 million salary-cap hit, the Flyers could send him to Lehigh Valley of the American Hockey League and clear about $1 million of that off their books.

The Edmonton Oilers claimed 24-year-old forward Colby Cave off waivers from the Boston Bruins. The rookie with five points in 20 NHL games this season gives Edmonton some extra forward depth.

Nashville forward Phillip Di Giuseppe cleared waivers and can now be sent to the AHL. The Predators claimed Di Giuseppe off waivers from Carolina on Jan. 1.

Weise For The Win

Dale Weise came through huge for the Habs on Sunday night, playing the hero in OT