Jets coach Maurice: Byfuglien "out for a while" with lower-body injury

Winnipeg Jets coach Paul Maurice says defenceman Dustin Byfuglien will be "out for a while" after leaving Saturday's game with a lower-body injury in the third period. 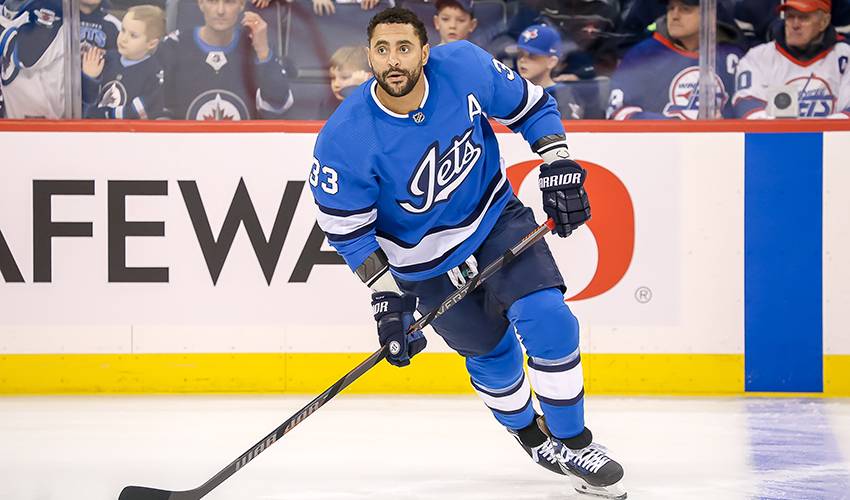 Winnipeg Jets coach Paul Maurice says defenceman Dustin Byfuglien will be "out for a while" after leaving Saturday's game with a lower-body injury in the third period.

Maurice, speaking to reporters on Sunday, said Byfuglien will not need surgery but likely will not play until after the all-star break at the end of January.

"That would be the very earliest part of the window. ... I don't know what it's going to look like in two to three weeks," Maurice said.

Byfuglien went to the dressing room midway through the third period of Winnipeg's 3-1 home loss against the Minnesota Wild on Saturday afternoon. The 33-year-old appeared to hurt his leg when he and Wild forward Luke Kunin collided along the boards.

"He's going to be a while, probably the next update won't be until after the all-star break," Maurice said. "But no surgery, just a flesh wound and he'll be out for a while."

Maurice wouldn't specify if the injury was to Byfuglien's ankle or knee, instead calling it a "lower-body" injury.

Byfuglien leads all Jets defencemen with 29 points, including four goals. Winnipeg leads the Western Conference with a 24-12-2 record.

Maurice said Joe Morrow, who hasn't played since Nov. 27, will slide back into the lineup against Edmonton on Monday night.

This will be the third stretch of games Byfuglien has missed this season. He sat out two with an upper-body injury in October and four in November with a concussion.