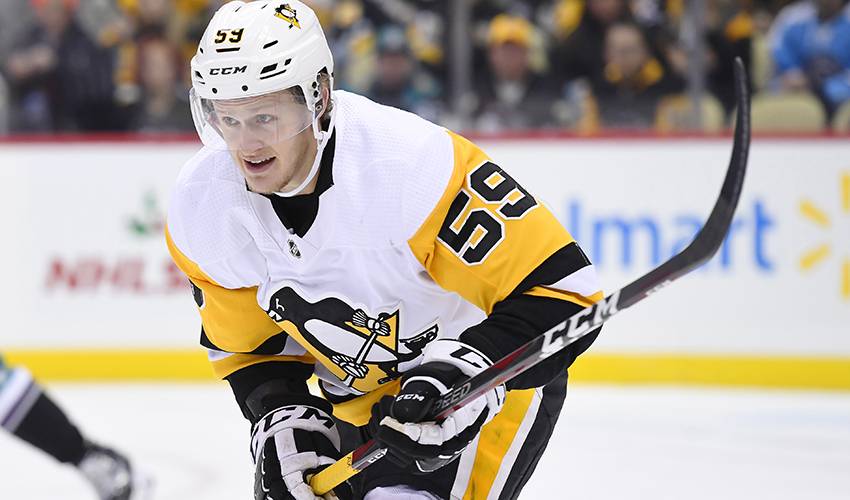 The 24-year-old Guentzel joined the team midway through the 2016-17 season, helping the Penguins win the Stanley Cup. He led all players in the playoffs that season with 13 goals, second-most by a rookie in league history. He had 21 points to tie the NHL rookie record and five game-winning goals to set an NHL rookie mark. During the playoffs last season, he had 10 goals and 11 assists in 12 games.