Los Angeles Kings goalie Jack Campbell will be out for at least a month after surgery to repair a meniscus tear in his knee, dealing another blow Monday to the NHL's last-place team. 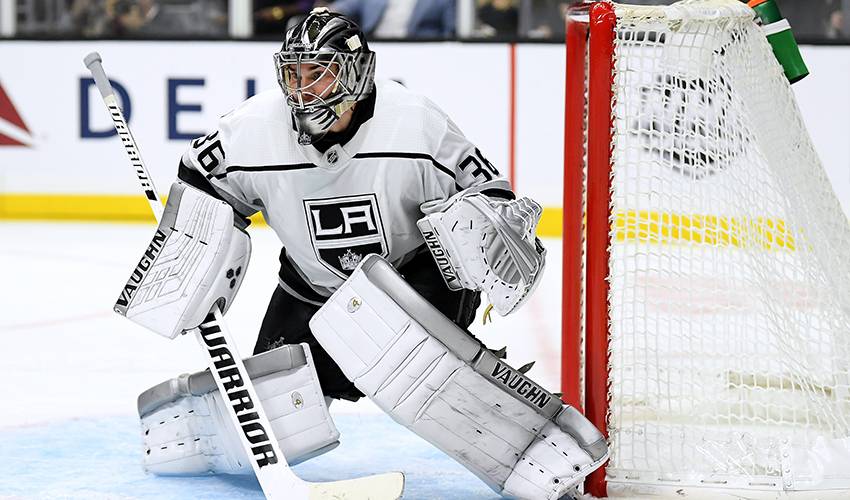 EL SEGUNDO, Calif. — Los Angeles Kings goalie Jack Campbell will be out for at least a month after surgery to repair a meniscus tear in his knee, dealing another blow Monday to the NHL's last-place team.

Los Angeles (5-10-1) is without its top two goalies after Campbell's injury followed Jonathan Quick's surgery last month to repair a meniscus tear in his own knee.

Campbell will be out for four to six weeks after getting hurt in a 1-0 loss to Calgary last Saturday. Quick is two weeks into his own recovery period, which is also estimated at four to six weeks by the Kings.

Campbell had played well in his first extensive NHL experience after coming into this season with just two career games in the league. The 26-year-old former first-round draft pick is 5-7-0 with a 2.33 goals-against average and a .923 save percentage.

Peter Budaj, who excelled during a stint as the Kings' starter during Quick's last major injury absence two seasons ago, is the Kings' likely starter until Quick returns. Budaj has appeared in just one game for the Kings this season, relieving Campbell midway through a loss at Ottawa on Oct. 13.

The Kings also recalled goalie Cal Petersen from their AHL affiliate in Ontario. The former Notre Dame netminder is the organization's top prospect at the position despite an unimpressive statistical start to this season with the Reign.

Los Angeles returns to the ice against powerful Toronto at Staples Center on Tuesday night.