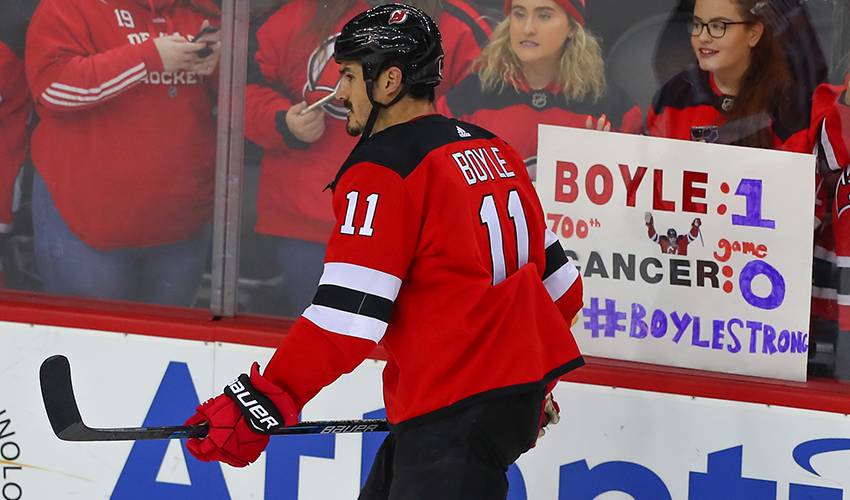 Boyle hit the milestone when he stepped on the ice less than two minutes into the Devils' game against the Nashville Predators on Thursday night.

Boyle received an ovation from the crowd at the Prudential Center when a message was shown on the overhead scoreboard noting it was his 700th game and his cancer was in remission.

The 33-year-old veteran announced Wednesday his chronic myeloid leukemia diagnosis was in remission. He had been diagnosed with the cancer at the start of training camp last year.

Boyle was treated with oral medication. He eventually returned to the lineup Nov. 1 and had 13 goals and 10 assists in 69 games.

Boyle received the Bill Masterton Memorial Trophy after last season. It is given to the player who best exemplifies the qualities of perseverance.

Boyle joined the NHL in 2007 and has played with the Los Angeles Kings, New York Rangers, Tampa Bay Lightning, Toronto Maple Leafs and the Devils.