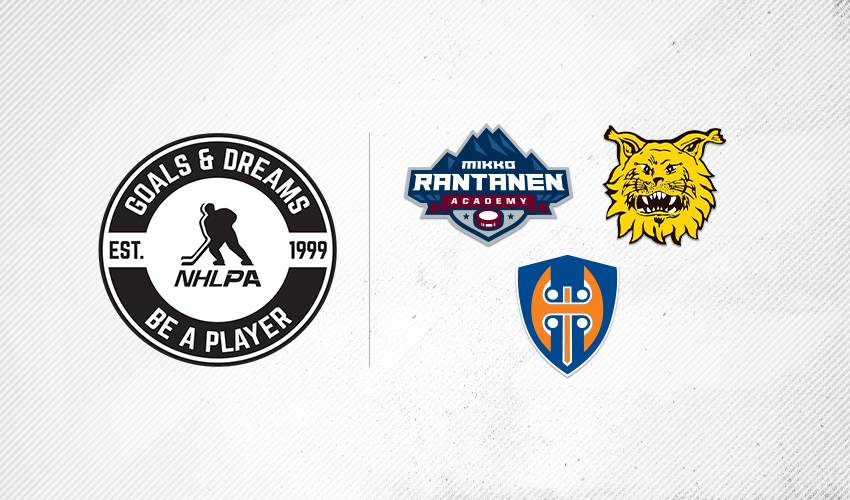 “Being able to help give more local youth an opportunity to get on the ice through these hockey equipment donations is very rewarding, adding to an already enjoyable visit to Finland this week,” said Mikko Rantanen, NHLPA member and Colorado Avalanche forward. “I'm grateful that NHLPA Goals & Dreams and my Academy could partner to provide further access to hockey and all the sport's benefits to youth around Finland.”

Youth from both Ilves Juniors and Tappara Juniors enjoyed the chance on Thursday to watch the open practices in Tampere. Each program, along with the Rantanen Academy, is being recognized in arena during the games being played in Nokia Arena this weekend. Ilves Juniors were welcomed on to the ice prior to the game last night at Nokia Arena and later participated in a scrimmage during the first intermission when the NHLPA Goals & Dreams donation to their program was acknowledged. The 12 children in attendance also enjoyed the opportunity to meet Rantanen, Laine and Nathan MacKinnon after the game. Tonight, Tappara Juniors will join NHL players on the ice in the pregame ceremonies before participating in a scrimmage during the first intermission.

“It’s been exciting to return home with my teammates this week, and I’m proud to add to this experience as a part of our NHLPA Goals & Dreams program donating equipment to local youth hockey programs here in Finland,” said Patrik Laine, NHLPA member and Columbus Blue Jackets forward.