The NHLPA has unveiled its 2021-22 NHLPA Player Poll results. 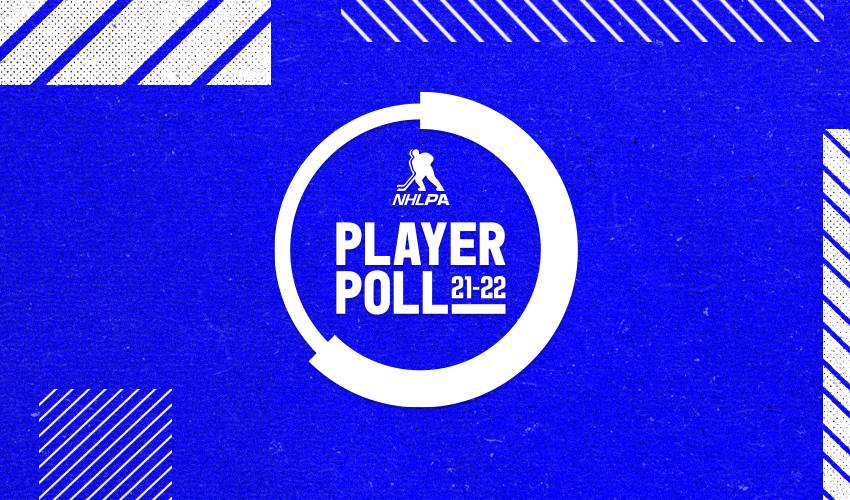 TORONTO (April 27, 2022) – While hockey fans are enjoying an exciting finish to the regular season, the National Hockey League Players’ Association today has unveiled its 2021-22 NHLPA Player Poll results on NHLPA.com.

During the regular season, NHL players from each of the 32 clubs were once again anonymously surveyed by the NHLPA. A total of 566 players took part in the NHLPA Player Poll this season. The membership weighed in on 15 questions covering a variety of on- and off-ice hockey topics, including skills and player personalities.­­

The players were asked to pick the most complete player in today’s game; in separate questions, which skater and which goalie they would pick if they had to win one game; which player they least enjoy facing but would like to have on their team; the best hockey hair; the best NHL road city to spend an off day; the best women’s hockey player and more. 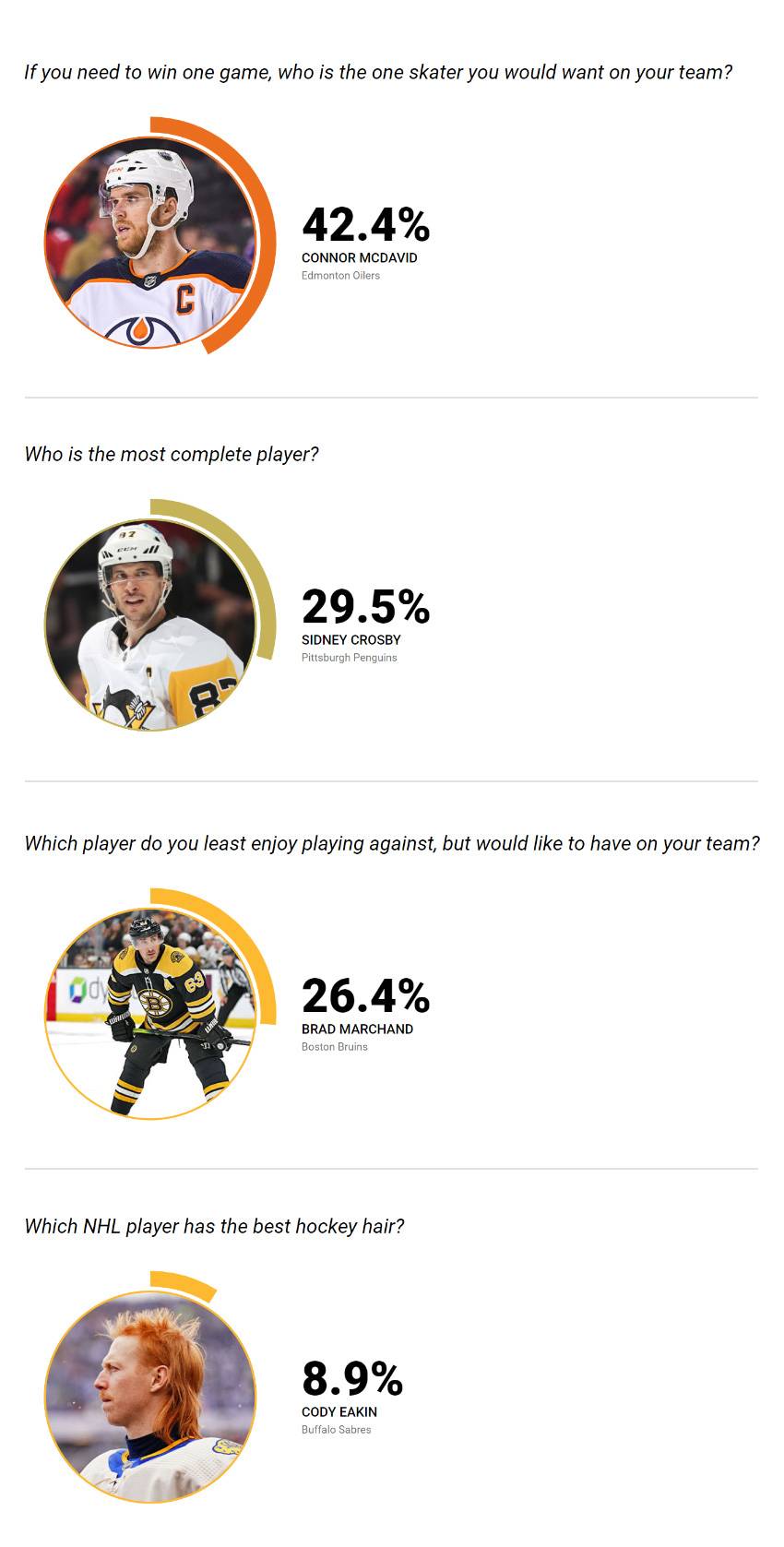