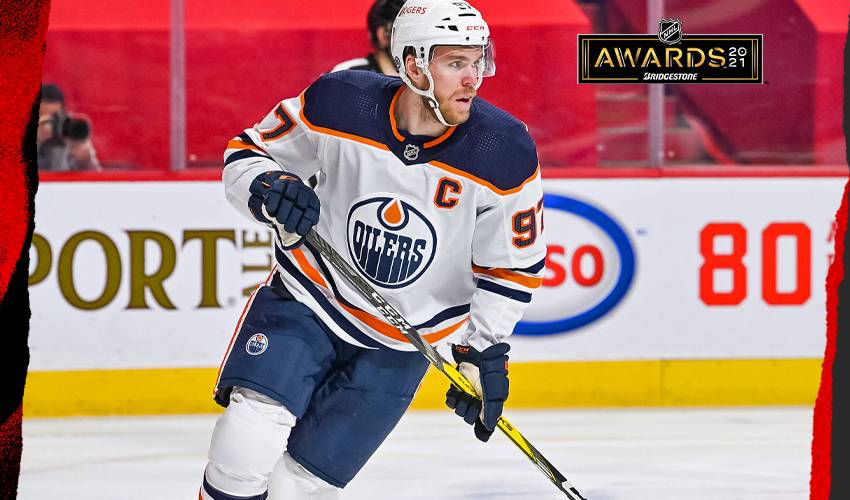 TORONTO (June 29, 2021) – The National Hockey League Players’ Association (NHLPA) today announced Connor McDavid of the Edmonton Oilers has received the players’ vote for the 2020-21 Ted Lindsay Award (TLA). The TLA is presented “to the most outstanding player in the NHL,” as voted by fellow members of the NHLPA. This season marks the 50th season of the award.

The 2020-21 TLA recipient was announced tonight during “2021 NHL Awards presented by Bridgestone.” Forwards Sidney Crosby of the Pittsburgh Penguins and Auston Matthews of the Toronto Maple Leafs also finished as finalists for the TLA.

“To have your fellow peers recognize you, it really means a lot. These are the guys you go up against each and every night, and battle hard against, and for them to recognize you, it really is a special feeling. I just feel so humbled and grateful to have won this award a few times,” said Connor McDavid, in his acceptance speech during the 2021 NHL Awards this evening.

Now a three-time TLA recipient (also 2016-17, 2017-18), McDavid is only the seventh player to have received the award three or more times, joining Guy Lafleur, Wayne Gretzky, Mario Lemieux, Jaromir Jagr, Alex Ovechkin and Sidney Crosby. He directly follows teammate Leon Draisaitl who received the TLA last season. An Oilers player has now been named the most outstanding player in four out of the last five seasons. McDavid and Draisaitl are the first set of teammates to receive the award in back-to-back seasons since Evgeni Malkin (2011-12) and Crosby (2012-13).

McDavid played in all 56 of Edmonton’s regular-season games to help lead the Oilers to a second-place finish in the North Division. The 24-year-old forward led the league in points (105) to win his third Art Ross Trophy, finishing 21 points ahead of the next highest scorer. He also paced all players in assists (72), points per game (1.88), power-play points (37) and even-strength points (68). McDavid recorded 33 multi-point games, and finished second in goals (33), game-winning goals (11) and even-strength goals (24). He averaged the second-highest time on ice per game (22:09) of his career – fourth among NHL forwards.

The Ted Lindsay Award is the only award voted on by the players themselves, carrying on the tradition established with the Lester B. Pearson Award in 1970-71. NHLPA members annually vote on the player they deem to be the most outstanding in the NHL regular season. Reintroduced in 2009-10 as the namesake of the late Ted Lindsay – the Ted Lindsay Award honours his legacy as a Hall of Fame forward known for skill, tenacity, leadership and his role in establishing the original Players’ Association. For more information on the TLA, visit NHLPA.com. Join the conversation by using #TedLindsayAward. 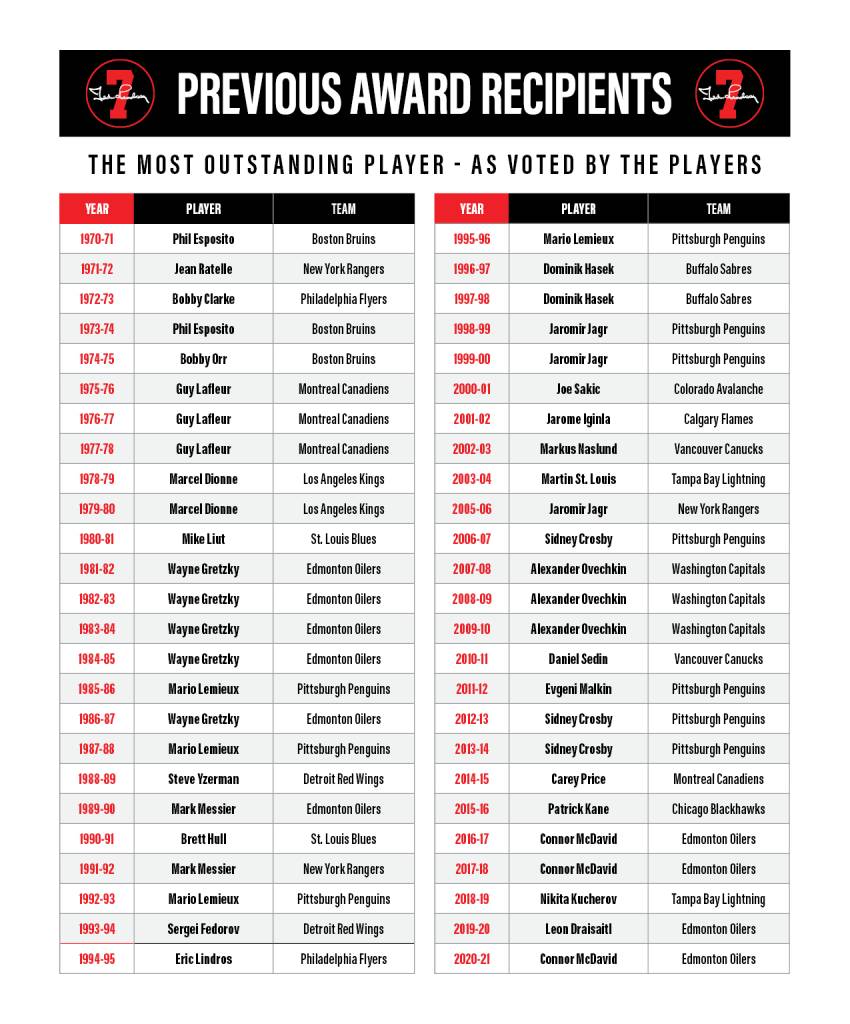