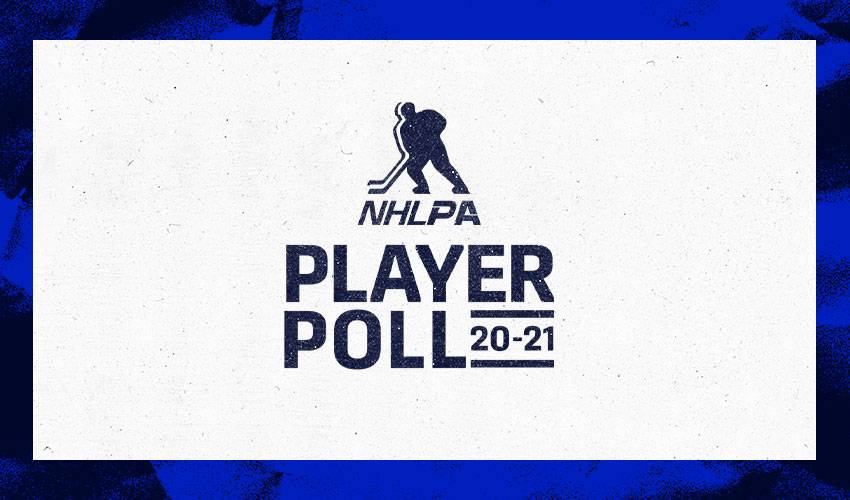 Between March and April of the regular season, NHL players from each of the 31 clubs were once again anonymously surveyed by the NHLPA. A total of 490 players took part in the player poll this season. The membership weighed in on a variety of on- and off-ice topics covering skills, teams and fellow players around the league.

The players were polled on numerous questions, such as best goal-scorer; most complete player; best shot; who they would want on their side if they had to win one game; and whether they would like to see a series-style schedule carried forward. Some highlights of the results also include: 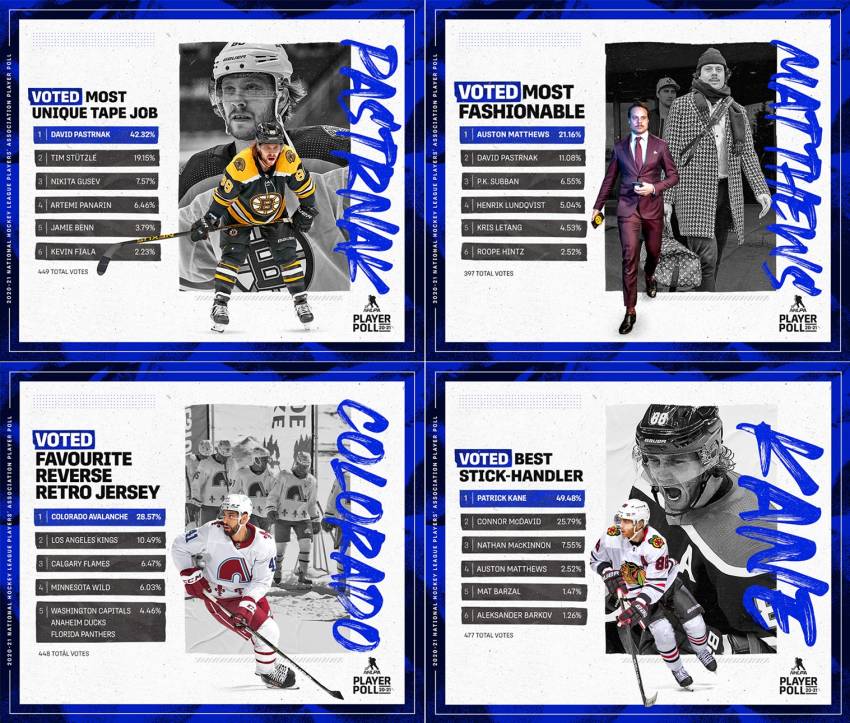