May 10, 2021
By:
David Morassutti
Player of the Week
Connor McDavidEdmonton Oilers 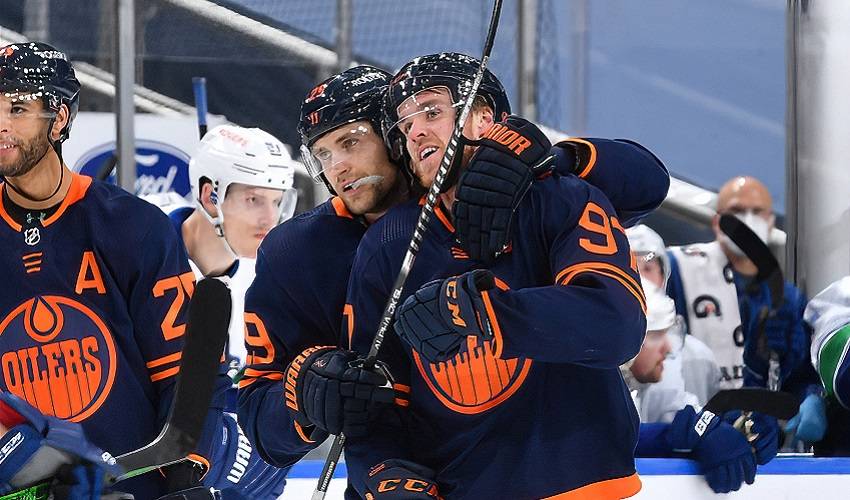 Connor McDavid led the league in points while notching another impressive accomplishment by becoming the first player to record 100 NHL points this season.

The Edmonton Oilers captain became the first player to reach the mark in 53 games or less since Mario Lemieux and Jaromir Jagr both accomplished the feat  so back in 1995-96.

Having already locked in as the likely winner of the Art Ross Trophy with a 21-point advantage over teammate Leon Draisaitl for the lead in league scoring this season, McDavid said his own success is secondary to the success that he and his teammates are looking to achieve in the playoffs.

"It's not about points," McDavid said about the milestone. "It's about keeping your game where it needs to be, your intensity level where it needs to be. You want to be sharp. I think that's the main focus for our whole group. It's just staying sharp and focusing on the details and keeping ourselves ready come Game 1 [of the Stanley Cup Playoffs]."

Bennett scored the lone goal in the Panthers’ 4-1 loss to the Nashville Predators at Bridgestone Arena Monday night.

McDavid had two goals and two assists as the Oilers clinched a playoff spot with a 5-3 win over the Vancouver Canucks at Rogers Arena on Monday night.

McDavid padded the Oilers’ lead with his 30th goal of the 2020-21 campaign by capitalizing on a turnover in the neutral zone and snapping a quick shot past Canucks goalie Braden Holtby. The goal was also McDavid’s 90th point of the season.

With the Canucks looking to make a late comeback, McDavid added his second goal of the game to help secure the victory for Edmonton and a trip to the 2021 Stanley Cup Playoffs.

Just under five minutes into the game, Bennett got the Panthers on the board with his eighth goal of the season.

McDavid had his third straight multi-point game as the Oilers earned a 4-1 win over the Canucks on the road Tuesday night.

With Edmonton trailing in the second period, McDavid picked up his first assist of the game by connecting with Draisaitl for his 25th goal of the season. No. 97 added another helper on his linemate’s second power-play goal of the period, which stood as the game-winner.

McDavid extended his point streak to four games as the Oilers lost 6-3 to the Canucks at Rogers Place on Thursday night. He picked up a trio of assists in what was also his fourth straight multi-point performance and was named the game’s second star.

McDavid had a goal and three assists to reach 100 points on the season while helping lead Edmonton to a 4-3 win over Vancouver at home Saturday night.

Just 45 seconds into the game, McDavid scored his 32nd goal of the season by beating Canucks goalie Thatcher Demko with a quick shot.

By recording three assists in the second period, the Oilers captain reached the 100-point mark with an assist on Draisaitl’s 30th goal of the season.

“I was trying not to think about it,” McDavid said after the game. “I was trying to get myself ready to go in the playoffs and keep my game where it needs to be. Obviously when you’re sitting around 96, 97, 98 points and you get to 99, it’s in the back of your mind. Thankfully I didn’t have to wait too long to get there.”

McDavid and the Oilers will face off against the Montreal Canadiens on May 10 and 12 before returning home to close out their season against the Canucks on May 15.urricanes for first place in the Central Division.