May 3, 2021
By:
NHL/NHLPA
Media Releases
Hockey is For Everyone 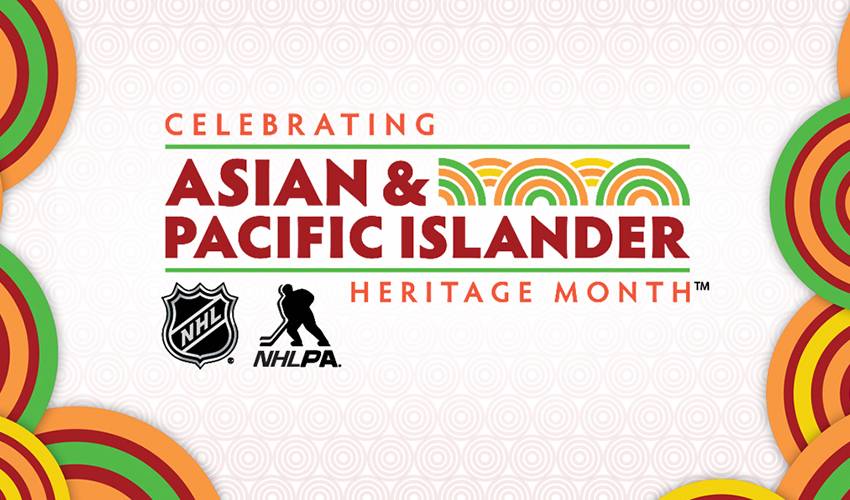 NHL AND NHLPA TO SHARE STORIES OF PLAYERS OF ASIAN DESCENT,
PAST AND PRESENT, FOR ASIAN & PACIFIC ISLANDER HERITAGE MONTH

On May 1, the League released a tribute video celebrating the great playmakers in NHL history. The video opens with remarks from the late Larry Kwong, who on March 13, 1948, became the first player of Asian descent to play in the NHL. It features memorable moments that players of Asian descent have had in NHL history, including a highlight-reel save by Peter Ing; fans loudly cheering for Robin Bawa; Manny Malhotra scoring on a breakaway; tremendous goals by Paul Kariya, Matt Dumba, Jason Robertson and First Round NHL Draft picks Nick Suzuki and Kailer Yamamoto; Jim Paek hoisting the greatest trophy in professional sports, the Stanley Cup; and many others.

“The NHL is committed to building actions to educate, empower, and raise awareness around the Asian and Pacific Islander community,” said Kim Davis, NHL Senior Executive Vice President of Social Impact, Growth Initiatives & Legislative Affairs. “Hockey is an inclusive home for people of diverse backgrounds, ethnicities, and nationalities. We’re proud to be focusing on stories of the pioneers, trailblazers, and influencers of Asian descent and heritage this month.”

“The Asian and Pacific Islander hockey community has made vibrant contributions to the game, and it continues to grow with hockey players, fans, and leaders around the League inspiring the next generation,” said Kim Pegula, Buffalo Sabres Owner & President and Co-Chair of the Executive Inclusion Committee (EIC.) “Our work on the EIC is committed to empowering through inclusion and I look forward to celebrating and uplifting diverse voices from hockey’s past, present, and future.”

Throughout the month of May, the League will unveil a series of features on NHL.com/APIHeritage and NHL Social™ highlighting the memorable moments NHL and other professional hockey players of Asian descent have produced as well as the impact that they and League employees of Asian descent have had, and continue to have, on the game.

“Many individuals of Asian descent have played a key role in building the game of hockey to where is it today. The Players proudly support the work being done to help increase the visibility of the Asian and Pacific Islander community,” said Mathieu Schneider, NHLPA Special Assistant to the Executive Director. “All of our Players, along with the league, will continue to show that hockey strives to be a welcoming and diverse game.”

Asian & Pacific Islander Heritage Month is a nationally recognized celebration in the U.S. and Canada. Hockey Is For Everyone™ is a joint initiative led by the NHL and NHLPA to reinforce that the official policy of the sport is one of inclusion on the ice, in locker rooms, boardrooms and stands. The initiative was born from the ‘NHL Diversity Task Force’ created in 1995. The League first celebrated the cultural diversity in the game annually every February which then expanded to include the numerous hockey fans and communities that represent every race, color, religion, national origin, gender identity, age, sexual orientation, socio-economic status, and those with disabilities. Beginning with the 2018-19 season, the Hockey Is For Everyone campaign expanded from one month to year-round, and includes key celebratory months.