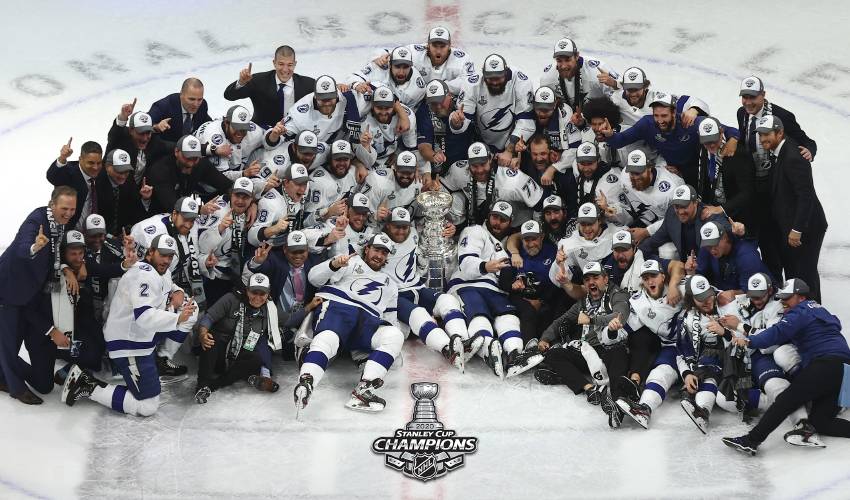 It was a spectator-less 2019-20 NHL postseason due to the ongoing pandemic, but players from both sides managed to put on an impressive show.

Despite a Game 1 loss to Dallas, who bested the Vegas Golden Knights to reach the championship round, Tampa Bay evened the series courtesy of a 3-2 win in Game 2.

Tampa Bay captain Steven Stamkos, who had last played February 25, briefly returned to action to provided an incredible moment in Game 3 when he scored 6:58 into the first period on his first shift. The Lightning, on the strength of three second-period goals and a three-point night by Victor Hedman, went on to post a 5-2 win.

It was a seesaw affair in Game 4, as Dallas held leads of 2-0 and 3-2, before Tampa Bay grabbed a 4-3 advantage in the third period. Dallas centre Joe Pavelski continued his phenomenal postseason play by scoring with less than nine minutes to go in the third period. Lightning defenceman Kevin Shattenkirk played the role of overtime hero when he scored a power-play marker in the extra period to give the Lightning a 5-4 win and 3-1 series advantage.

In Game 5, veteran forward Corey Perry gave Dallas a 1-0 lead after one period, lighting the lamp with less than three minutes to go in the first frame. Ondrej Palat netted his 11th goal of the playoffs for the Lightning 4:37 into the second period, as the teams headed to the third period knotted at 1-1. Mikhail Sergachev gave Tampa Bay the lead 3:38 into the third period, but Joe Pavelski responded at 13:15 to send the game into overtime. The scoreless first extra frame saw the Lightning outshoot the Stars 7-1, and hold a 37-28 advantage overall. Corey Perry scored at 9:23 of the second overtime to force Game 6.

Brayden Point recorded his 14th goal of the playoffs, a power-play tally at 12:23 of the first period, to give Tampa Bay a 1-0 lead after the first period in Game 6. Blake Coleman doubled the lead at 7:01 of the second, as the Lightning held a 21-8 shot advantage heading into the third. There was no scoring in the third period, as Andrei Vasilevskiy made 22 saves for his first career playoff shutout.

Tampa Bay, which celebrated its second Cup title in franchise history (the first came in 2004), conquered the Columbus Blue Jackets in the Eastern Conference quarterfinals, Boston Bruins in the semifinals and the New York Islanders in the East Final, to make it to the championship round.

It was sweet redemption for the Lightning, who finished first overall in 2018-19, but were swept by the Blue Jackets in the opening round of the Eastern Conference Playoffs.

Victor Hedman, who has spent his entire career with Tampa Bay, was named the Conn Smythe Trophy winner. The 29-year-old defenceman notched 10 goals and 21 points en route to his post-season MVP honours.

Congratulations to the 2020 Stanley Cup champion Tampa Bay Lightning, from the staff and members of the National Hockey League Players’ Association.