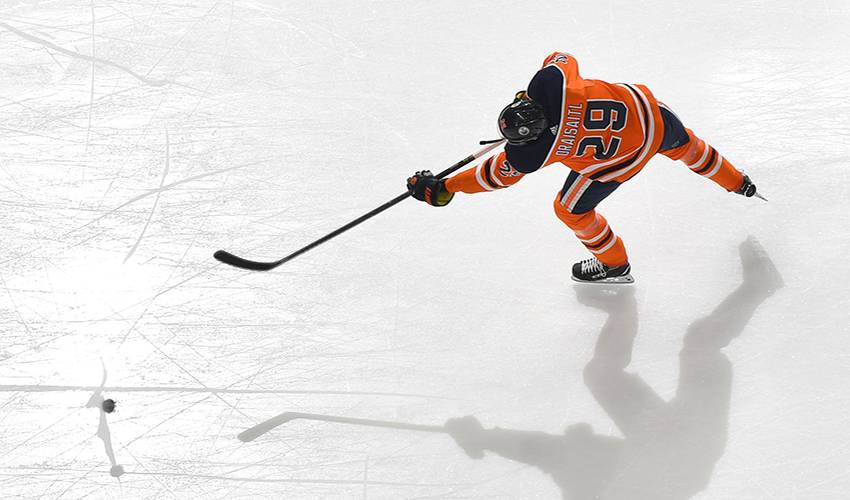 Monday night, as part of “2020 NHL Awards presented by Las Vegas”, Leon Draisaitl joined a group of some of the game’s all-time greats when he was named the 2019-20 recipient of the NHLPA’s Ted Lindsay Award (TLA). He also became the first German-born player to receive the honour, andthe third Edmonton Oilers player in the last four seasons (Connor McDavid, 2016-17 and 2017-18.)

Presented annually to the “most outstanding player in the NHL”, as voted by fellow members of the NHLPA, the TLA remains the only award voted on by the players themselves – carrying on the tradition established by the Lester B. Pearson Award dating back to the 1970-71 season.

“That means a lot,” said the 24-year-old forward for the Edmonton Oilers, from his parents’ home in Germany. “That’s always very important to you, personally, how the players you play against and the players you battle against every night – how they see you. Getting the appreciation or recognition from their side… it means a lot to me. To them, thank you for voting for me.”

From Phil Esposito, the first Lindsay recipient, to Guy Lafleur’s three straight honours (1976-78), to five-time recipient Wayne Gretzky, the award is a who’s-who of the hockey world. 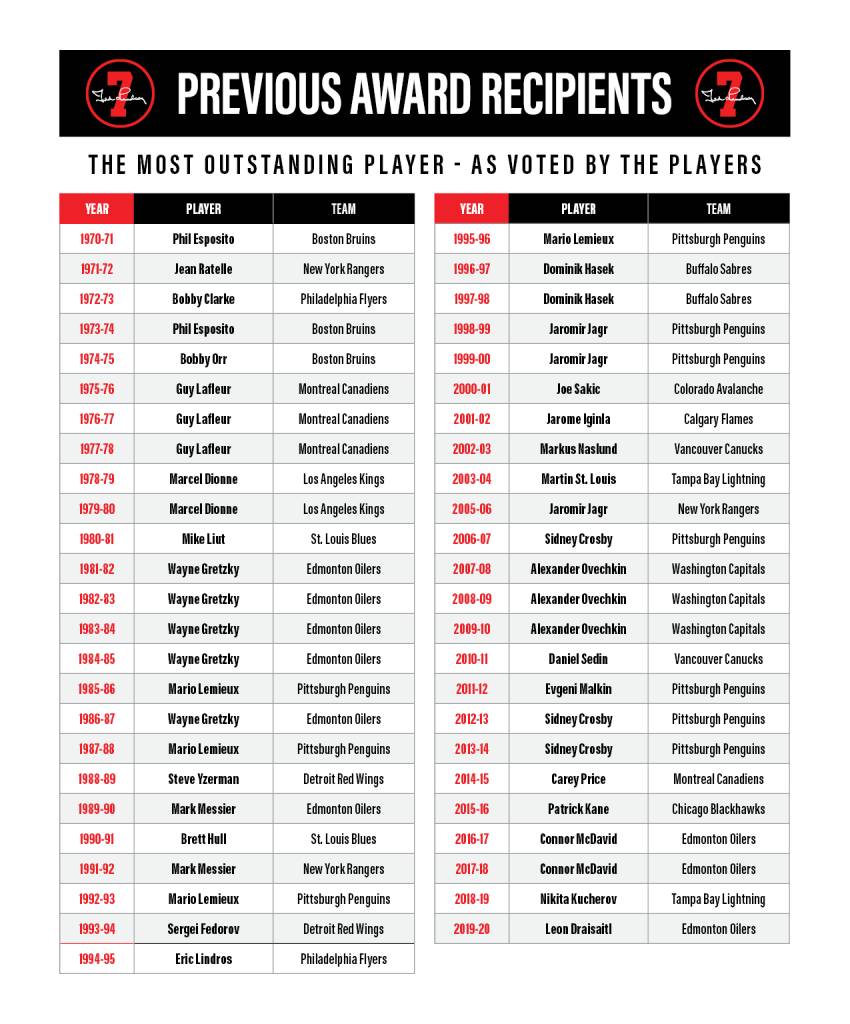 Sidney Crosby, Alex Ovechkin, Connor McDavid, and last season’s recipient Nikita Kucherov – all contemporaries who have also laid claim to the coveted TLA, which pays homage to the late Ted Lindsay. The All-Star forward was known for his skill, tenacity, leadership and role in establishing the original Players' Association.

Fittingly, Draisaitl received the announcement of the win – his first – from Hockey Hall of Fame inductee Mark Messier, a two-time TLA honoree and former Oiler.

“It’s special,” said Draisaitl, of having his name associated with an award bestowed upon some of hockey’s all-time best players. “Every award for your personal career is very special, and it’s a big honour, no matter what it is. You work hard for this, and again, there are so many people that help you along the way, and so many things have to go right. I’m obviously honoured for that (TLA).”

Draisaitl led the league with 110 points (43 goals, 67 assists) in 71 games, en route to becoming the first German-born player to win the Art Ross Trophy. The centre recorded at least one point in 56 of his 71 appearances, while his 1.55 P/GP led the league, and he also posted a league-best 33 multi-point performances.

Draisaitl also topped the NHL in power-play points (44) and was tied for first with 10 game-winning goals. His heavy minutes led NHL forwards in both total (1,605 minutes 24 seconds) and average (22:37) ice time.

The third overall pick in 2014, who recorded 50 goals and 105 points in 2018-19, is the seventh Oilers player to reach the 100-point marker in two straight campaigns, part of a star-studded group that includes Wayne Gretzky, Jari Kurri, Mark Messier, Glenn Anderson, Paul Coffey and Connor McDavid.

All of it added up to an award-winning bonanza in 2019-20, an impressive trophy haul that includes hockey’s most prized individual honour, the TLA, the Hart Trophy as the league MVP, and Art Ross Trophy (most regular season points).

Draisaitl is now the fourth Oiler to net the TLA following Wayne Gretzky (five times), Mark Messier (twice, including once with the Rangers) and Connor McDavid (twice).

“He’s so good at everything and he’s so talented,” teammate Tyler Ennis told NHLPA.com in the days ahead of the announcement. “But he really thinks the game at a high level. He’s fun to play with. He’s really creative, he has exceptional hands, and obviously, he’s one of the best goal scorers in the game. But he just thinks the game so well. He makes so many good little plays. You always want the puck on his stick because he can make so many things happen. He’s a pleasure to play with.”