Kraft Heinz Canada, in partnership with the NHL and the NHLPA, are pleased to announce that Twillingate, Newfoundland and Labrador is the Kraft Hockeyville 2020 champion. 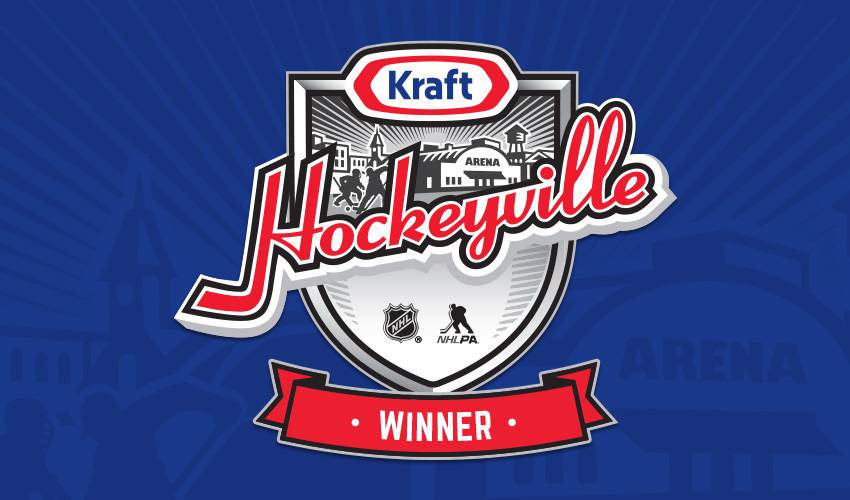 Twillingate, Newfoundland and Labrador has been crowned Kraft Hockeyville 2020
Local community rallied together to win $250,000 for arena upgrades and the opportunity to host an NHL® Pre-season Game.

Twillingate will receive $250,000 for upgrades to George Hawkins Memorial Arena, an opportunity to host an NHL® Pre-season Game and $10,000 worth of equipment from NHLPA’s Goals & Dreams fund.

This year’s program received a record number of nominations from spirited hockey communities across the country, but Twillingate’s passion for the game and the community’s ability to rally votes put them over the top.

Twillingate is a fishing village where community spirit is second to none, especially when it comes to hockey.

Twillingate’s current arena, George Hawkins Memorial Arena, was originally an aircraft hangar in Gander, Newfoundland. The structure was disassembled and reassembled in 1967 to give the community the rink and roof that still stands there today. To keep the arena running, the community needs a number of repairs, including fixing their ice chiller, repairing the leaking roof and other general upgrades.

“We saw incredible amounts of excitement and heart from all four of this year’s finalist communities throughout the Kraft Hockeyville Canada nomination and voting phases,” said Matt Bruce, Senior Brand Manager, Kraft Heinz Canada. “Despite the challenges of COVID-19, Twillingate showed an undying passion for hockey and overwhelming community support. We look forward to celebrating with them.”

For complete programs details and further updates, and to learn more about the Kraft Hockeyville Program, please visit krafthockeyville.ca.