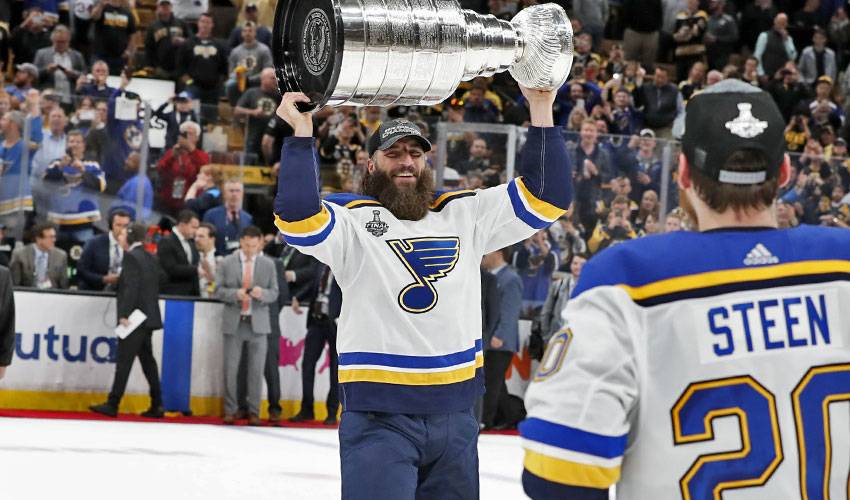 Born in Sault Ste. Marie, Ontario, Thorburn was drafted 50th overall by the Buffalo Sabres in the second round of the 2001 NHL Draft. The six-foot-three, 235-pound forward went on to play for four NHL franchises – the Sabres, Pittsburgh Penguins, Atlanta Thrashers/Winnipeg Jets and St. Louis Blues – in a professional career that spanned 16 years. Thorburn brought a physical presence to the lineup while recording 134 regular-season NHL points (53 goals, 81 assists) and 968 penalty minutes as a valued teammate.

After playing junior hockey with the North Bay Centennials, Plymouth Whalers and Saginaw Spirit of the OHL, Thorburn moved on to the Rochester Americans in 2003-04 where he played the majority of the following three seasons. He made his NHL debut Dec. 2, 2005 with the Sabres and two days later picked up his first point in the league with an assist in a victory over the Colorado Avalanche. Prior to the start of the 2006-07 season he was claimed off waivers by the Penguins, with whom he would appear in 39 games for while scoring his first NHL goal Nov. 6, 2006.

Thorburn was traded June 22, 2007 to the Atlanta Thrashers, where he became an everyday player with 73 games played in 2007-08. The forward played in all 82 games in 2008-09 when he ranked second on the team in hits (127). In 2010-11, he led team forward in blocked shots (71) and ranked third among Atlanta skaters in hits (129). After continuing with the club through its 2011 relocation, Thorburn established himself as both a respected voice in the Jets’ dressing room and a contributing member of the Winnipeg community during his six seasons wearing a Jets jersey. In 2014-15, he played in 81 games and helped the Jets reach the playoffs, before he played in all 82 games the following year for the third time in his career. Thorburn played in a total of 10 NHL seasons with the Thrashers/Jets, and he remains the franchise leader in penalty minutes (832), while ranking fourth in games played (709).

In 2017, Thorburn signed a two-year contract with the St. Louis Blues as a free agent. He appeared in 50 games with the club in 2017-18. The following season, Thorburn played in one game for the Blues and 40 games for the club’s AHL affiliate, the San Antonio Rampage, before he was recalled to St. Louis for the 2018-19 Stanley Cup run. A testament to his status as a well-respected teammate, he was the fourth player handed the Stanley Cup.

Thorburn resides in Michigan with his wife Sara and their three children.

“Thank you to everyone who supported me, believed in me, and influenced me throughout my hockey career. The Buffalo Sabres, Pittsburgh Penguins, Winnipeg Jets and St. Louis Blues all took a chance on me and for that I am forever grateful.

“To finish my hockey career with the St. Louis Blues and finally get an opportunity to lift the Stanley Cup over my head, I could not have scripted a better way to go out. Thank you to Doug Armstrong and Tom Stillman, as well as Craig Berube, the coaching staff and the training staff. Most importantly, thank you to my Blues teammates for taking me on a journey of a lifetime.

“Thank you to my mom and dad, my brothers, Joey and Mark, and my sisters, Kathleen and Melanie, for your sacrifices and support, which allowed me to chase my childhood dream.

“Thank you to my agent, Steve Bartlett, for your honesty, guidance and friendship.

“Bennett Boy, you were and are my inspiration. Mary, you were Daddy’s biggest fan and Oscar, you’ll have to listen to a lot of dad’s stories. To my wife, Sara, the road was not always easy but you were always in my corner. The grind that you had to endure at times was unimaginable but you never complained. Out of all the great teammates that I’ve had throughout my career, you are my favorite. Thank you for everything!

“It was an unbelievable ride with a storybook ending. As tough as it is to close this chapter, I am excited for the new adventures ahead for myself and my family.”

Which NHL building saw the Winnipeg Jets veteran in stitches, literally? Which Original Six building tops his list of road places to play at? The 33-year-old winger, who’s closing in on 720 NHL regular season games played, goes coast-to-coast in this week’s edition of My Top 5.