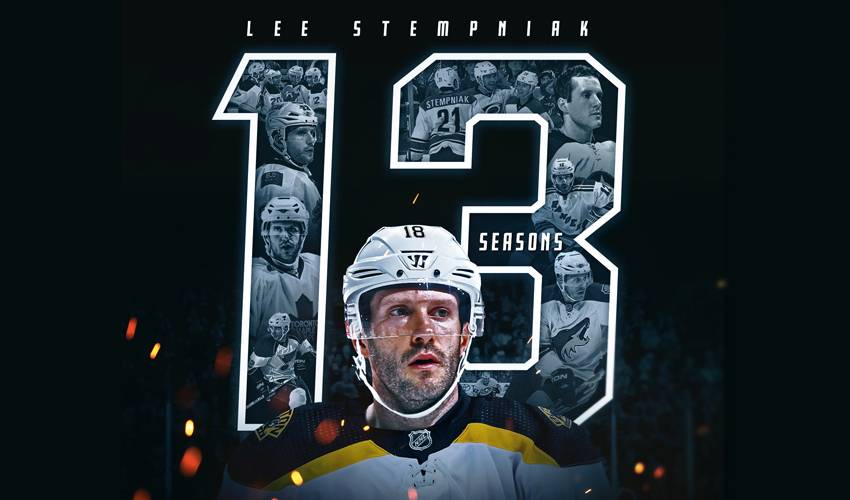 Stempniak began his NHL career by spending nearly four seasons with the Blues, where he set a career high in points (52) with the club in 2006-07 during his sophomore season. After he was traded to the Toronto Maple Leafs during the 2008-09 campaign, Stempniak would play there until an ensuing move to the Phoenix Coyotes (now Arizona) at the 2010 trade deadline. He would finish the season with a career high in goals (28), split between the two clubs.

After playing in all 82 games the next season in the desert, Stempniak joined his fourth NHL team when the Calgary Flames acquired him via trade late in the 2011 offseason. Following nearly three seasons in Calgary, the forward was moved to the Pittsburgh Penguins in another deadline-day trade. He played 21 regular season games for the Penguins before suiting up in 13 playoff games, during which he scored two goals.

Stempniak was then signed in the offseason by the New York Rangers as a free agent before he was traded to the playoff-bound Winnipeg Jets shortly prior to the trade deadline. The right-shot forward suited up in all four postseason games and scored the first Stanley Cup Playoffs goal in Winnipeg since 1996.

Representing his eighth NHL team, Stempniak played 63 games while scoring 41 points with the New Jersey Devils after signing as a free agent less than a week before the season began. He was traded at the 2016 trade deadline to the Boston Bruins, with whom he would play the final 19 games of the season while his combined point total (51) for the season surpassed the 50-point mark for the second time in his career.

Stempniak then signed a two-year contract as a free agent July 1, 2016 with the Carolina Hurricanes, where he played all 82 games to reach the 40-point mark for the fifth time in his career. His second season with the club was cut short to 37 games as the forward battled various injuries.

In 2017-18, Stempniak reached 900 regular-season NHL games played in the Hurricanes’ 4-3 victory, March 18, 2018 over the New York Islanders while also scoring an unassisted goal. The tally stood as the 203rd and final goal of his NHL career.

Though on the move often, the reliable winger was a very popular teammate and a mentor to many.

After earning one last contract Feb. 24, 2019, Stempniak played his final NHL game March 10 of the 2018-19 season while on the road in Pittsburgh as a member of the Bruins.

Stempniak continues to reside in Boston with his wife and three children. He would like to stay involved in the game by working with a team in the potentially near future.

“I am honoured and privileged to have played in the NHL for 13 seasons and I am extremely grateful to have lived my dream every day throughout my career.

I would like to thank each and every organization, all of my coaches and the staff members for your help over the years. A special thank you to all of my teammates. I will miss our friendships, laughter and camaraderie.

Thank you to my parents, Larry and Carla, for sacrificing so much to make my dreams a reality. I have learned from your example, and that is the standard for the father I aspire to be. My brother, Jay, thank you for your support and friendship.

I am forever grateful to my wife, Lindsay and our three children, Reese, Lucy and Brooks. Without your love, extreme sacrifice and unwavering support throughout all the moves, I would not have enjoyed playing as long as I did. After living in ten cities, I am looking forward to spending time with my family, settling in Boston and being a father.”

“Congrats on an amazing career, Stemper. Thank you for everything you have taught me. You have been the ultimate professional and an unbelievable teammate and friend.”

“Lee has been a consummate pro and role model on every team he has been a part of. That's why I traded for him in 2014 at the deadline and signed him as a free agent for New Jersey in 2015. While Lee contributed at a high level on the ice to make his team's better, he and his wife Lindsay should also be commended for the long-lasting impact they will leave on the communities where they lived.”