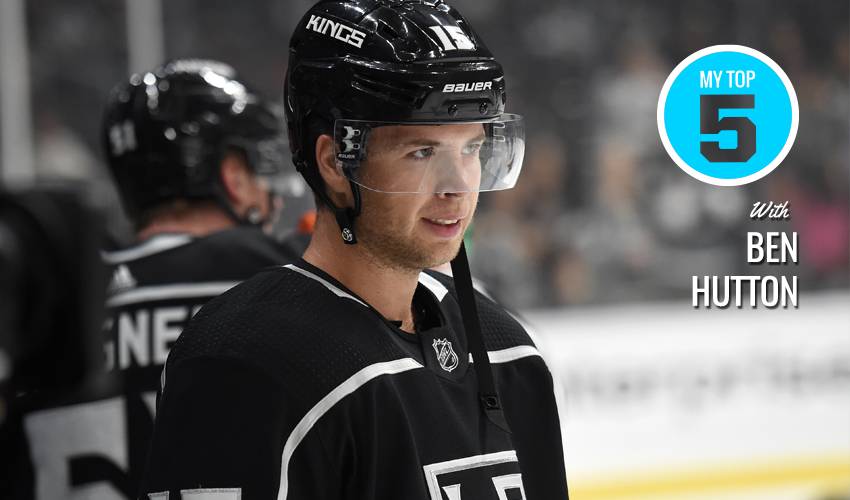 What’s the best way to make a good first impression on your new teammates? For Ben Hutton, scoring a goal and adding an assist in a 7-5 win against his former club certainly made for a memorable debut with Los Angeles.

One day after his "king-sized" effort against the Vancouver Canucks, the 26-year-old Hutton stopped by NHLPA.com to talk about a handful of ways he’s been making the transition to a new hockey life in California.

1. Getting to know you

“They’re [Los Angeles] a tough team to play against. They’re strong down low, and every time we played against them, it was a low-scoring game. You’d have to win 3-2, 2-1, because they didn’t give up too many chances. Whenever they did, they had a pretty good goalie (Jonathan Quick) on the back end.”

“I didn’t have anyone’s number, so I couldn’t really reach out to anybody. But the very first day I signed, Alec Martinez grabbed my number, and invited me out to dinner with a couple of guys. We all went for dinner and had a great time.”

“I just wanted to go in there and be myself. You want to be friendly, but you don’t want to step on anyone’s toes. I went in there on the quieter side, but the guys were asking me a bunch of questions, just wanting to get to know me. It was a little different because I came into training camp late, but I feel like I know a few of the guys now. It also helps playing the game (Saturday night), which brings your comfort level up.”

“It was a good [first] game. That was also funny, getting to play against the old squad (Vancouver) in my first game. I felt good. We won, and I got on the scoresheet. There were definitely some familiar faces on the other side. They were texting me before the game, and asking if I was playing. They told me to keep my head up, and stuff like that. [Brock] Boeser even took a few runs at me. But it was great… glad we got that win. I just wanted to simplify things out there, and at the end of the night, it all went well. It was a fun game playing against the old squad. I’m happy with how it ended up.”