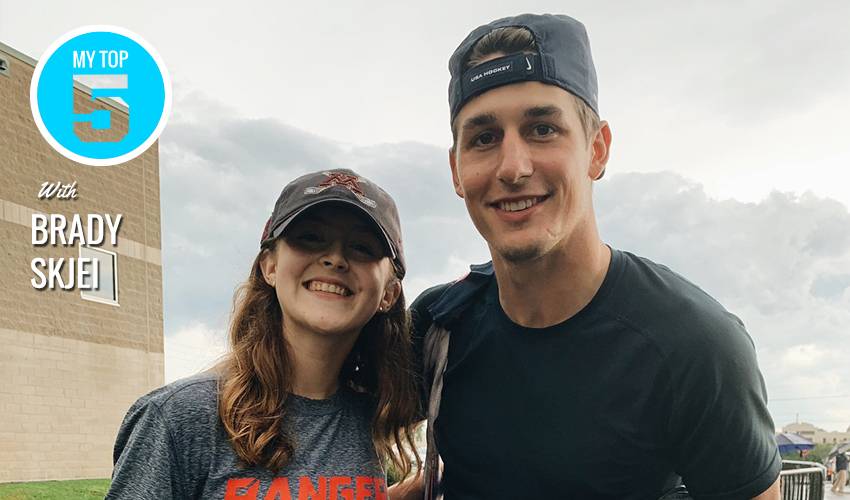 Established in 2015, Da Beauty League is a summer league based in Minnesota for professional and college hockey players. Six teams play an eight-game regular season schedule and a two-game playoff schedule, competing for the John Scott Cup.

Brady Skjei, born in Lakeville, Minnesota, has been honing his skills at this year’s edition of Da Beauty League, playing with and against fellow NHLPA members, including Dustin Byfuglien, Zach Parise, Jason Zucker, and Anders Lee.

#NYR @BradySkjei had himself a night last night in @DaBeautyLeague.

The New York Rangers defenceman stopped by NHLPA.com to offer up a handful of reasons as to why Da Beauty League is one beauty of a league.

“The main thing is the charitable part of it. A lot of the money raised goes to the United Heroes League, and to Shine A Ligh7, Paul Martin’s foundation. That’s the No. 1 reason as to what makes it such a cool league.”

“Another thing that comes to mind immediately is the players who take part in the league. I don’t know how many NHL players are in it, but there are quite a lot of guys that are here. That’s pretty impressive in itself… that you can get that many guys, once or twice a week, on one sheet of ice.”

“The fans are just great. So many people come out and that’s impressive too. It’s nice to see the young kids out there to enjoy the games. When I was little, I’d for sure be out there asking the guys for autographs. The support we get from the people in Minnesota is pretty special.”

day: made. thanks for a great night @BradySkjei !! totally worth flying in from New York. @DaBeautyLeague We’ll see you in October! @NYRangers pic.twitter.com/RnH4CKgrcH

“It kind of gets you back into the groove. It’s 4-on-4, so as a defenceman, when you only have four ‘D’ on the bench, it’s good for conditioning. You’re pretty tired by the end. It gets you in shape for the NHL season and it seems like the pace picks up each week, so it’s a good tune-up for training camp.”