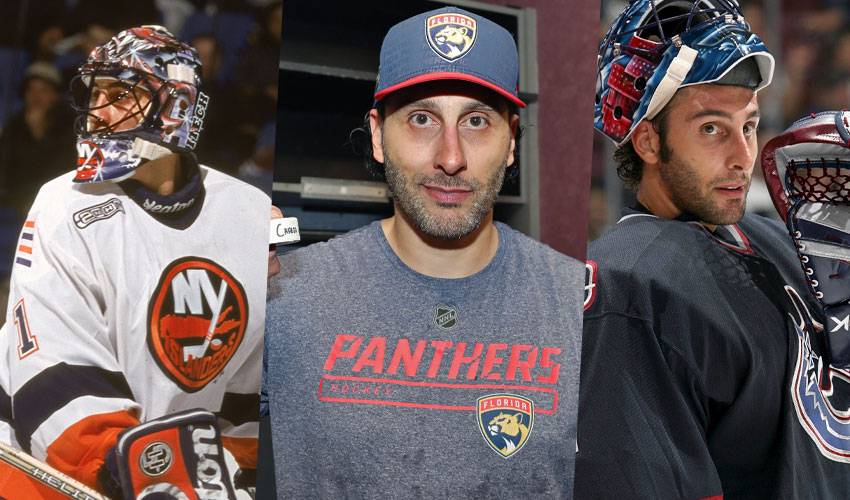 “On behalf of the entire Florida Panthers organization, I want to thank Roberto for his unmatched level of commitment to our franchise and community,” said Panthers Owner & Governor Vincent J. Viola. “It has been a tremendous privilege for me to watch a player of his caliber cement his place in the history of the game and it’s been my distinct honor to get to know him.  Roberto is a passionate and devoted family man who cares deeply for his community. He is one of the greatest goaltenders to ever play the game and a pivotal figure who has built an unparalleled, lasting legacy with the Panthers.”

“Roberto is a beloved player in our franchise’s history and someone I respect a great deal,” said Florida Panthers President of Hockey Operations & General Manager Dale Tallon. “I know this was a decision that weighed heavily on him and we respected his time in making this announcement. When we brought Roberto back home to South Florida in 2014, it was a turning point moment for our franchise. The impact that he has had on the developing core of our team, it’s culture and our community are undeniable. He has always approached everything with a determination and level of class that was second to none. He leaves not only a legacy in South Florida, but a legacy in the game itself. I have no doubt that ‘Lu’ will one day be a Hockey Hall of Famer and deservingly so. I want to thank Roberto for his professionalism, commitment to the Florida Panthers organization, commitment to South Florida and his contributions to the game of hockey."

Luongo, 40, ends his NHL playing career ranking second in NHL history in games played by a goaltender (1,044), third in wins (489) and ninth in shutouts (77). The native of Montreal, Quebec, is one of only three goaltenders in NHL history to have played 1,000 NHL games. Among the seven goaltenders to play in 900 career games, Luongo’s career .919 save percentage ranks first.

The Parkland, Fla., resident helped lead the Panthers to an Atlantic Division title and a franchise-best 103-point regular season in 2015-16.

Originally selected by the New York Islanders fourth overall at the 1997 NHL Draft, the Panthers acquired Luongo through a trade on June 24, 2000. In his rookie season with Florida (2000-01), Luongo appeared in 47 games and finished the season with a .920 save percentage and five shutouts. Luongo played five seasons with the Panthers before a trade to Vancouver on June 23, 2006. During his time with the Canucks, Luongo reached the 2011 Stanley Cup Final, led the NHL in wins (38) and was awarded the William M. Jennings Trophy. On March 4, 2014, the Panthers reacquired Luongo through a trade with Vancouver. On March 7, 2014, in his first game back in a Panthers sweater, Luongo posted a shutout victory.

On the international stage, Luongo is a two-time Olympic gold medalist, helping backstop Team Canada to gold in 2010 and 2014. In his career with Canada at the IIHF World Championship, Luongo clinched gold at the 2003 and 2004 tournaments and also captured gold with Canada at the 2004 World Cup of Hockey.

“I’ve been lucky to play with Roberto for almost my entire NHL career, and I’ll never forget the presence that he brought to the locker room,” said Panthers captain Aleksander Barkov. “I learned a lot from ‘Lu’ about how to prepare and be a professional on and off of the ice. I’m in awe of the legacy that he left on this franchise and on the sport.”

“From the moment I was fortunate enough to share a locker room with him, Roberto has exemplified leadership for me,” said Panthers forward Vincent Trocheck. “There isn’t a classier, more professional guy in this league. He’s a great hockey player and somehow an even better person.”

“Having ‘Lu’ as a teammate and a friend these past several years was the best experience,” said Panthers forward Jonathan Huberdeau. “Every night he was in net, we knew he would give us everything he had. I’m going to miss his presence in the locker room. He didn’t always speak, but when he did, everyone in the room listened.”

“Playing with ‘Lu’, learning from him and becoming friends with him has been an honor,” said Panthers defenseman Aaron Ekblad. “He’s a legend in our game and a true teammate. The way he worked day in and day out is something I hope to replicate through the rest of my career. The passion he brought, mixed with his love for the sport would remind you of a young kid still chasing a dream. I wish him the best of health and happiness in his retirement.”

“‘Lu’ will be missed very much, not only by the guys on our team but by everyone involved in the game,” said Panthers defenseman Keith Yandle. “He is one of those rare talents that comes into the sport once every 20 years or so. I am honored to call him a friend and a teammate and I will miss seeing him every day at the rink.”