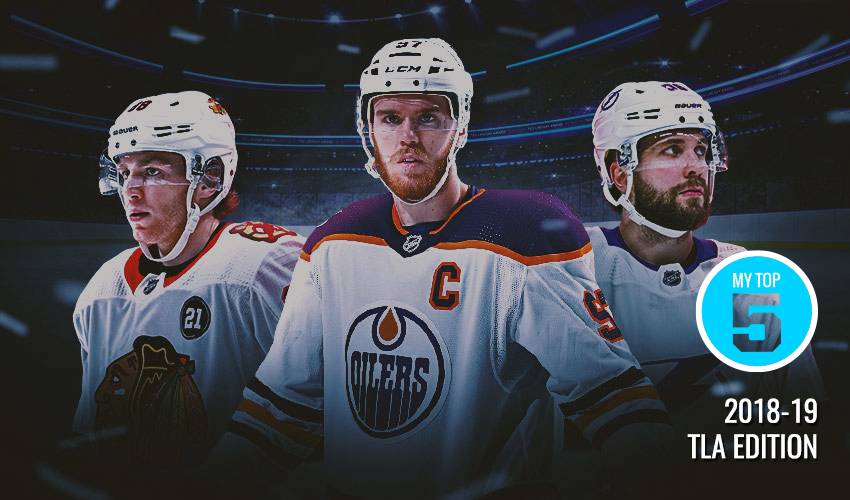 Three superstars. One legend. One honour. Wednesday night, the recipient of the 2018-19 Ted Lindsay Award (TLA) will be announced. This year’s finalists, as voted by their peers, each enjoyed an outstanding regular season.

Patrick Kane, who received the TLA in 2016, Nikita Kucherov, Tampa Bay’s ultra-talented right wing, and Connor McDavid (2017 and 2018 TLA recipient), going for his third consecutive TLA trophy, all put up some monster numbers this past campaign.

Who will take home hockey’s most coveted individual honour? The answer comes at the NHL Awards Wednesday night in Las Vegas.

Before the recipient is revealed, go inside the numbers for this special edition of My Top 5.

The total number of shots attempted by the TLA finalists this past season. Kane had 581 shots attempts, Kucherov had 490 and McDavid had 423.

The total number of game-winning goals tallied by the trio in 2018-19. Kane netted seven game winners, Kucherov had eight and McDavid lit the lamp nine times with the man advantage.

The total number of even-strength points this past campaign between Kane, Kucherov and McDavid. Kane had 35 goals and 45 assists, Kucherov posted 26 tallies and 54 helpers, while McDavid notched 31 goals and 50 assists.