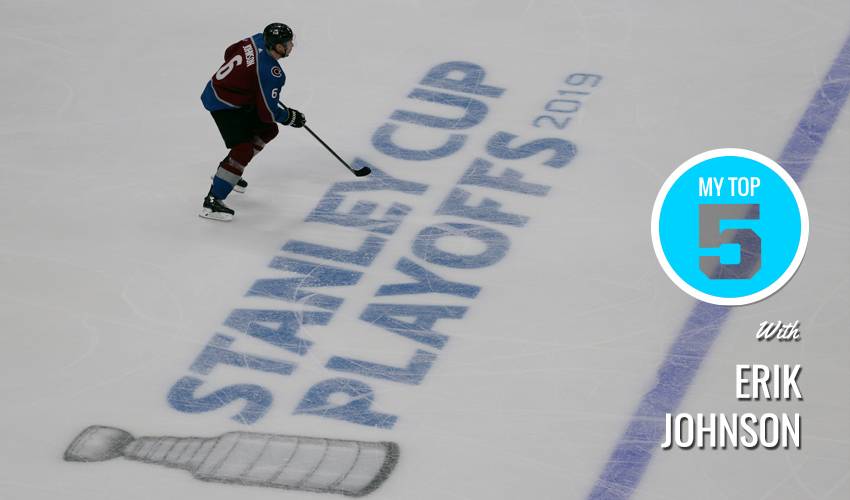 Erik Johnson played his part in delivering the Colorado Avalanche a first-round upset of the Calgary Flames, and a date with the San Jose Sharks in the Western Conference semifinals.

The 31-year-old Minnesota native, who had 143 shot blocks in the 2018-19 regular season, has stepped it up in the Stanley Cup Playoffs, stepping in front of 15 shots and chipping in with one goal and an assist.

Get to know more about the six-foot-four, 225-pound blueliner in this edition of NHLPA.com’s My Top 5.

Johnson recorded 10 points in six games the 2006 World Under-18 championships to help the U.S. win the gold medal. He was chosen as the Bob Johnson Award winner as the Best American player in international competition.

“For me growing up, I was a big Pavel Bure fan,” said Johnson in his NHLPA.com In-Studio interview. “I loved watching him play. Vancouver was my favourite team growing up. Watching them in the 1994 (Stanley Cup) Finals against New York (Rangers) is a memory I have.”