The 28-year-old Ontario native stopped by NHLPA.com to offer up his five favourite non-hockey athletes, a list that includes a pair of soccer standouts and an NBA talent who always brings the Thunder. 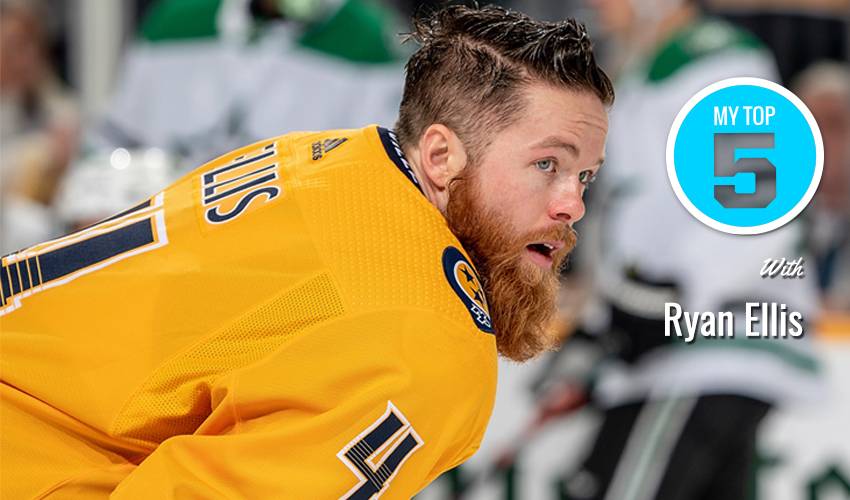 Ryan Ellis is one of hockey’s elite two-way defencemen, a blueliner who can move the puck with ease and also make life miserable for the game’s top offensive stars.

The 28-year-old Ontario native stopped by NHLPA.com to offer up his five favourite non-hockey athletes, a list that includes a pair of soccer standouts and an NBA talent who always brings the Thunder.

As for which athlete he’d like to sit down for dinner with, Ellis picked a person whose rookie card recently sold for $400,100 in an online auction.

“I’m a big Lionel Messi fan. He’d be No. 1 for me. The way he handles himself on social media, in interviews – he seems very humble. He’s obviously one of the best soccer players in the world. The thing I like about him the most is the way he carries himself. He’s also so effective and so good at what he does. I’m a pretty big soccer fan, so getting to watch him is a treat.”

“Tom Brady, he’s the greatest – or one of the greatest quarterbacks – of all time. He seems to never really get rattled. He can change his game plan on a dime, and he makes everyone around him better. I think you can learn a lot from a person like that.”

“Tiger Woods is another guy that is just tremendous at what he does. You don’t see a lot of passion and excitement in golf, but he’s a guy that brings that. If he played hockey or another sport that had contact, I think he’d be a very passionate, fiery player. He’s extremely talented, but the best part about him is that he brings that passion and fire to a sport that isn’t really known for it.”

“I like that Russell Westbrook (NBA’s Oklahoma City Thunder). He’s a smaller guy and he fights hard every night. He’s got terrific stats, he gets up in people’s faces and he loves to dunk on people. The passion he has for the game is pretty exciting as well.”

“(Soccer star) Andres Iniesta, when he played with Barcelona, he was outstanding. He’s a master thinker of the game. I feel like for me in hockey that one of my biggest assets is my hockey IQ, so watching him really helped me. It would take him a bit to find out your weakness and he’d eventually be able to exploit that. He always outthought players. He was fun to watch because you could see he was on another level as far as thinking.”

“If I could have dinner and a chat with one of these athletes, I’d go with Tom Brady. Just all the success he’s had, how he is still able to compete at such a high level. Picking his brain as far as a championship mindset would be very beneficial and very interesting, to say the least.”