Ehlers continues to dazzle through the ranks

The Halifax Mooseheads organization knew they were getting a good one when they drafted the kid from Denmark sixth overall in the 2013 Canadian Hockey League Import Draft. 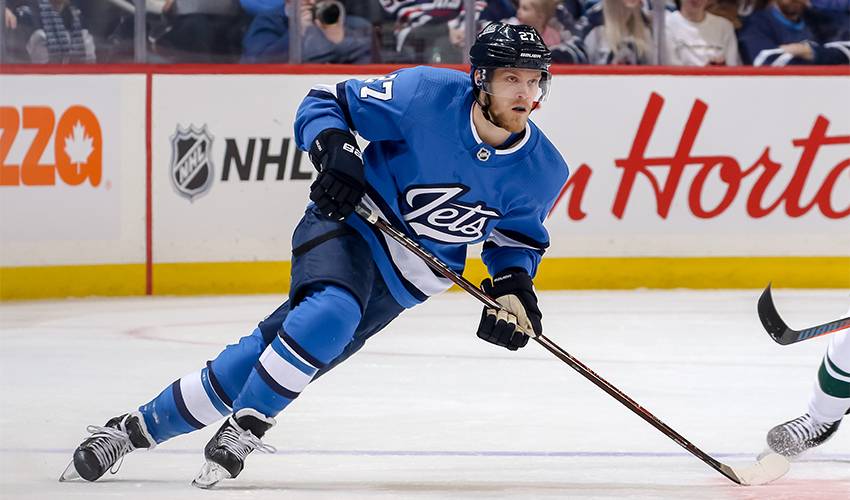 Back-to-back 100-point seasons would put a smile on any GM’s face. But for Cam Russell, Nikolaj Ehlers was much more than just a numbers man.

Members of the Quebec Major Junior Hockey League’s Halifax Mooseheads organization knew they were getting a good one when they drafted the kid from Denmark sixth overall in the 2013 Canadian Hockey League Import Draft.

Just how good, no one was quite sure. But they got their answer almost immediately.

“The first year surprised everybody a little bit,” recalled Russell of Ehlers’ 49-goal, 104-point season in 2013-14. “But there was never a slump. He had a good game every night. He did something exciting and spectacular every game. There were times when your fans would leave the rink and you might have lost 4-1, but they’d be able to say, ‘Wow. Did you see that play that Nik Ehlers made?’ When you have a player like that, it helps out your fan base so much.”

After taking home QMJHL Rookie of the Year and Top Professional Prospect honours in his rookie campaign, Ehlers was drafted ninth overall by the Winnipeg Jets in 2014.

But the left wing wasn’t quite done dazzling in the junior ranks.

“He’s a tremendous person and was a class act for us,” said Russell. “I was impressed with his maturity. With the Europeans, there can be that adjustment period, but right away, he just jumped in and it seemed like the North American game was for him.

“He wasn’t the biggest guy, but he played with no fear. He had tremendous speed, took the puck in dangerous situations, and because of that he created a lot of scoring chances and put up a lot of points.”

“He was a selfless guy who shared the puck as much as he shot it,” noted Russell. “He was a competitor and he wanted to win. He wanted everyone to do well and he supported all of his teammates. The bigger the game, the better and harder he played. He went into some tough rinks in our league and it didn’t faze him at all. There’s a lot that impressed me about him.”

And there’s still a lot that catches Russell’s eye.

Less than 300 games into his NHL career, Ehlers, who boasts four career hat tricks (most recently, in a 5-3 win over San Jose scored December 20, 2018), has been a steady offensive contributor for the Jets.