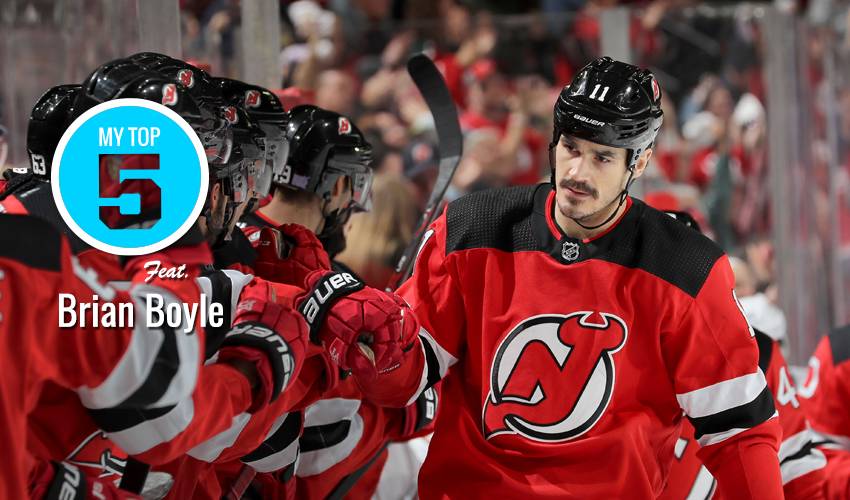 He played four seasons at Boston College, posting back-to-back 50-point campaigns in his junior and senior campaigns, while also becoming a respected leader for the Eagles.

For Jerry York, the long-time NCAA bench boss, Boyle, a centre from Hingham, Massachusetts, worked hard to make a lasting impact on and off the ice at BC.

What made Boyle a difference maker? Coach York offers up his insight in this week’s edition of NHLPA.com’s Top 5.

“He really does have heart. He’s persevered through some difficult times with his family and himself. He’s got that intrinsic ability to rise above and keep going, to fight through illness, to carry on after being traded… he’s had difficult obstacles that he withstood and was able to move forward.”

“He was a good captain for us here at Boston College. When he first came, he struggled a little bit with the transition to the next level. He was like a young puppy playing with men. As the years went on, he became the man playing with puppies. He did a great job getting bigger, stronger and more assertive.”

“He keeps on earning it in the locker rooms and now on the big stage. His fight with cancer, how he’s handled everything… he’s earned that tremendous respect he gets.”

“He’s very good and he got better as he progressed here. He felt more comfortable and became more assertive. His last year here, it was just outstanding.”

“He can kill penalties, take face-offs and score power-play goals when you need him. He’s able to raise his energy level as the games become bigger and more important. It’s been a lot of fun to watch his development.”