Although he doesn’t know what he’ll find under his Christmas tree this year, Josh Morrissey has received plenty of memorable gifts from Santa over the years. 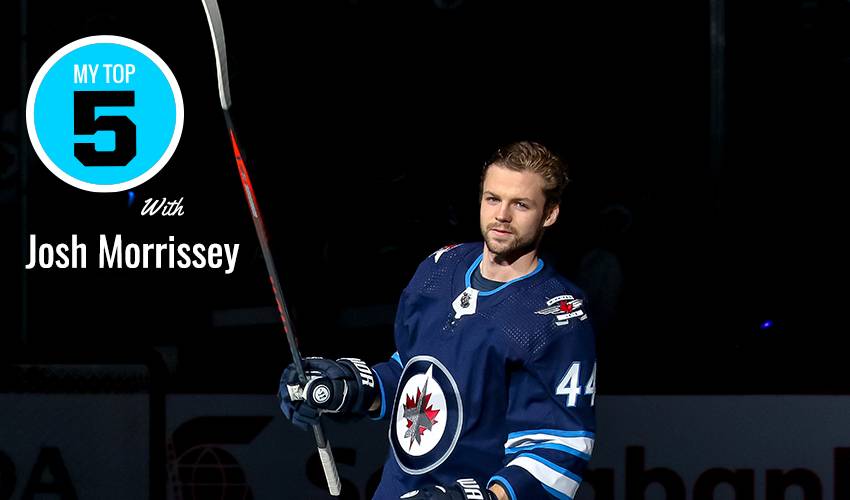 Although he doesn’t know what he’ll find under his Christmas tree this year, Josh Morrissey has received plenty of memorable gifts from Santa over the years, including one present that helped him perfect his hockey skills and stopped his snowbank searches.

While the Stanley Cup won’t fit in his stocking, hoisting hockey’s ultimate team prize is definitely at the top of the Winnipeg defenceman’s wish list for 2018-19.

Top presents under the tree

“The best gift I ever received – I think I was seven – was when I got an NHL hockey net. We had a backyard rink, but my brother and I would shoot the puck between two blocks of wood. We didn’t have a net, so this was the first year we could raise the puck and not have to worry about getting them out of the snowbanks. I remember waking up and there was a note under the tree that said, ‘Look out in the backyard.’ And we walked out and there was this great hockey net.”

“We grew up in Calgary, so my brother and I both got Calgary Flames jerseys. That was pretty cool. At the time, that was a pretty nice gift.”

“I got this awesome train set one year. You put everything together and it took up a ton of space. I remember playing around with that for a lot of hours a day when I was a kid. It was a lot of fun.”

4. Hockey Night at the Morriseys

“One year we got a table hockey game. My grandfather, my father and my brother and I just played it throughout the whole Holiday season. We loved it. It was pretty awesome.”

“I remember my brother and I got a Nintendo Gamecube system. We were pretty young and we’d play games on there for hours. It was always pretty fun when we did that. It definitely got competitive, especially when he wanted to play one game and I wanted to play another one. We clashed a number of times. My parents were happy when we’d settle on playing the same thing.”