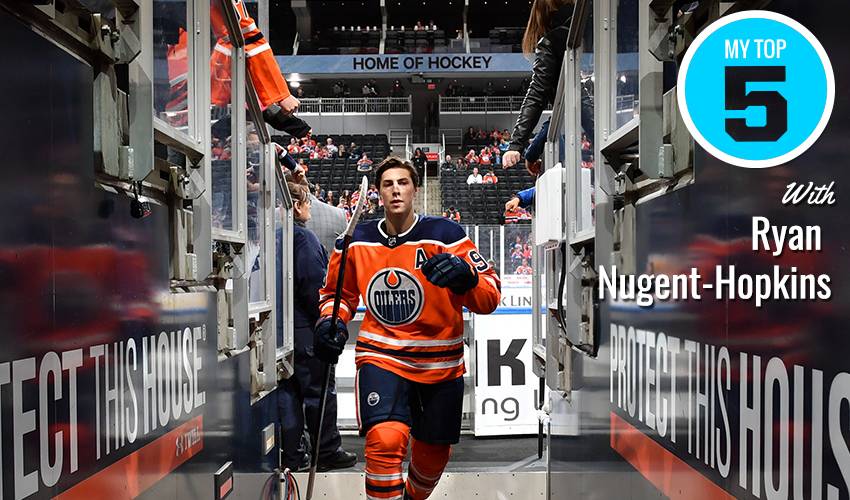 When he’s not busy picking up points or shutting down the opposition, you’ll likely find Ryan Nugent-Hopkins sitting down to catch a big-screen flick.

“I’m a big movie guy. The order I’d put these in will be tough, but I definitely have some favourites.”

“The first two movies of The Godfather are just outstanding. I thought the second one was almost as good, or just as good as the first one, which is very rare. I love those two movies. I’ve seen both more than a few times. I saw the third one a couple of times and liked it, but just not as much as the first two.”

“The Shawshank Redemption would definitely be high up on the list of my all-time favourites. I guess more than anything, the acting really stands out. I thought everybody in the movie was amazing. It’s such a good story, too. I’ve never read the book, but I’m interested in doing that.”

“The Other Guys has to be on my list. I used to watch it all the time. I haven’t seen it in a little while, but I love Will Ferrell, and I thought he was at his funniest in this movie. I’m a big fan of Mark Wahlberg as well. I think when he does funny movies, like Ted or Ted 2, he’s really good in them.”

“Another one that stands out for me is Inception. The whole concept of it is pretty wild. It’s a pretty unique and crazy concept. I really enjoyed that and watched it several times, just trying to figure everything out.”

“I’d have to put Seven on my list, too. I love that one. The acting was great and it was a movie that you had you drawn in right away. It has some good scary parts and lots of suspense in it.”