Alzner: It was the first time I was happy to see a team that I wasn’t on, win

History tells us that players will not closely follow the proceedings of the Stanley Cup playoffs if he doesn’t make the postseason or his team has been eliminated. 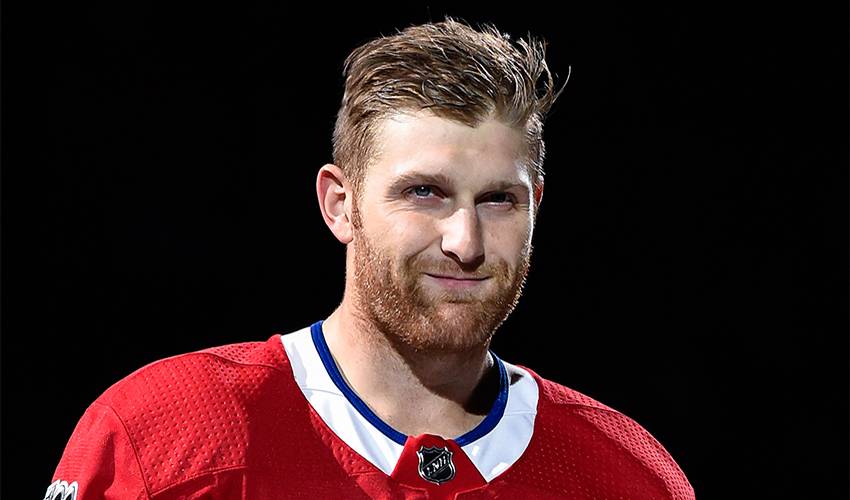 History tells us that players will not closely follow the proceedings of the Stanley Cup playoffs if he doesn’t make the postseason or his team has been eliminated.

The 2018 Stanley Cup playoffs started out that way for Montreal Canadiens defenceman Karl Alzner. After the native of Burnaby, B.C. failed to make the playoffs for only the second time in eight years, he and his wife Mandy and their two young children set out on a European vacation, visiting countries like England, Scotland and Ireland.

Alzner would occasionally surf the internet to check out the scores. Then, all of sudden, he was interested. The Washington Capitals, the team that drafted Alzner fifth overall in 2007, and the team he played for in his first seven NHL seasons, finally had advanced past the second round.

“I usually don’t follow the playoffs that closely when I’m not in them,” Alzner said. “In the first two rounds, you think, there’s no way they’re going to win, it can’t happen. Then when they got over the hump and beat Pittsburgh in the second round, it was like they flipped the switch. Then you could kind of feel it, that this was it.”

It was the Capitals year. They defeated the Tampa Bay Lightning in the East final and took care of the expansion Vegas Golden Knights in the Stanley Cup championship series.

Alzner watched with interest after he returned from Europe, cheering for his former teammates, many of them close friends.

“It was interesting for me because it was two completely different sets of emotions,” Alzner said. “At first you want to feel you were a big part of the team, and you don’t want to think that they were about to have more success without you.”

But Alzner thought to himself, he wasn’t the only player who moved on after the Capitals won back-to-back Presidents’ Trophies. There were others like Justin Williams, Marcus Johansson and Nate Schmidt who were no longer in Washington.

Once he got over that feeling, he was on their side and kept in touch with many of his former teammates through texts.

“It was the first time I was happy to see a team that I wasn’t on, win,” Alzner said. “That team has 15 of my closest friends and I was happy for them. It was a roller coaster of emotions. But the way I saw it was when do you get a chance to see 15 of your closest friends realize their dream.”

“This was the one accomplishment Ovie needed to cement his legacy,” Alzner said.

Alzner has a put together a pretty impressive legacy, too. He won Cyclone Taylor Cup British Columbia junior B championship at age 15 with the 2003-04 Richmond Sockeyes, helped Canada win the under-18 Ivan Hlinka Memorial Cup in 2006, World junior gold medals in 2007 and 2008 as well as the aforementioned Calder Cup titles.

Alzner was good enough to be invited to the Canadian summer-time training camp for the 2014 Winter Olympics. He also had this incredible consecutive games played streak that reached 622 outings, the 12th longest streak in league history.

That streak was halted at the beginning of the season when Canadiens coach Claude Julien decided not to dress Alzner for Montreal’s opener. Still, Alzner became one of only three defencemen, along with Jay Bouwmeester and Keith Yandle, to play in more than 500 consecutive games since 1943-44.

Now he has extra inspiration from his friends last spring.

“This past summer was one of the hardest working summers,” he said. “I was healthy and not battling through injuries. That allowed me to train harder.

“But the guys did, I have a little extra edge to compete. It’s why we’re here.”