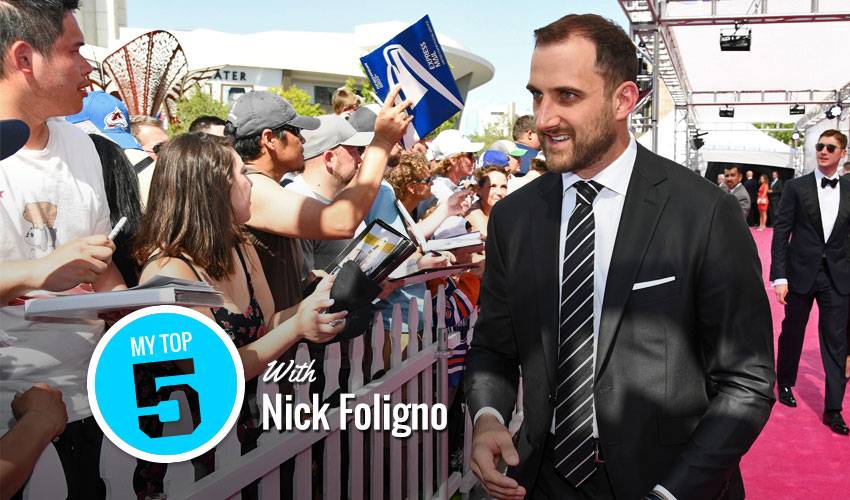 As for who is the headline act on his personal music chart, here’s a hint: this performer was inducted into the Country Music Hall of Fame in 2012.

“My mom (Janis) got me interested in Garth Brooks and I had his live CD from I believe when he performed in Central Park. I just love his music. I was lucky enough to finally see him in concert a few years back and it solidified why I love the guy so much. He’s an unbelievable entertainer and great musician. He’s my No. 1.”

“I have to put Celine Dion as No. 2. Believe it or not, my wife got concert tickets for us a long time ago. That was my birthday present. (Laughing) Everyone thought I was taking Janelle to the concert, but it was the other way around. I love her music and I always have. She’s just one of those singers that resonated with me. Big fan of Celine. You can tell I’m a momma’s boy because that’s another one of my mom’s favourite singers.”

“Pearl Jam would be No. 3 for me. I’m a big fan because my brother-in-law got me turned on to them years and years ago. I went to a concert with him in Ottawa. He’s in the fan club, so we got really great seats. We were actually on the floor. I’m a big Eddie Vedder fan. He’s got an incredible voice and he’s an incredible talent. What I love about Pearl Jam is their passion. They love music. When you see that, it’s really cool. I think their encore was an hour and something long. They just wanted to play.”

“I’ve always liked Tim McGraw. His song ‘Live Like You Were Dying’ came out around the same time my mom was diagnosed with breast cancer and it just hit home at that moment in our lives. I actually got to meet him last year, which was really cool. It was pretty funny. My wife was so excited to meet him and I was so excited to meet his wife, Faith Hill. They did the tour together. They’re a very good-looking couple and they’re both very talented.” 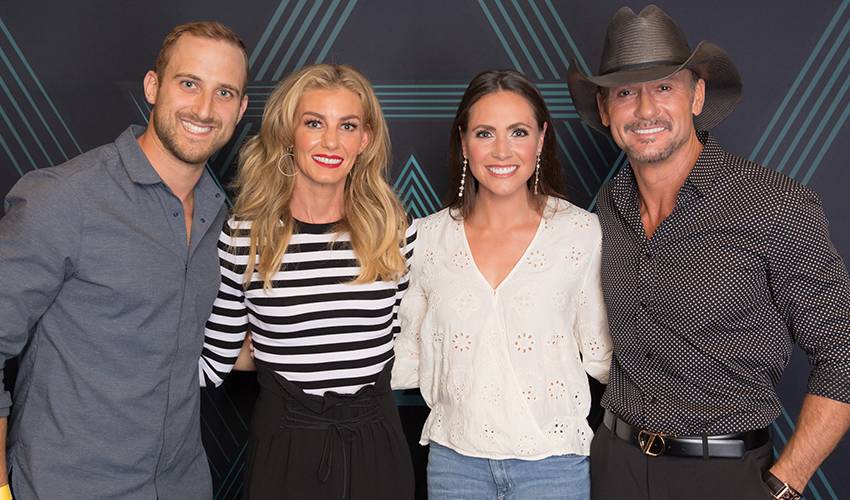 “You know what? I’m going to say it – I’m a big Justin Timberlake fan. I’ll even go so far to say that my sisters (Cara and Lisa) were big NSYNC fans, so I even liked him back in those days. I got to see him in concert last year, too, and that guy is the ultimate performer. I really like JT.”