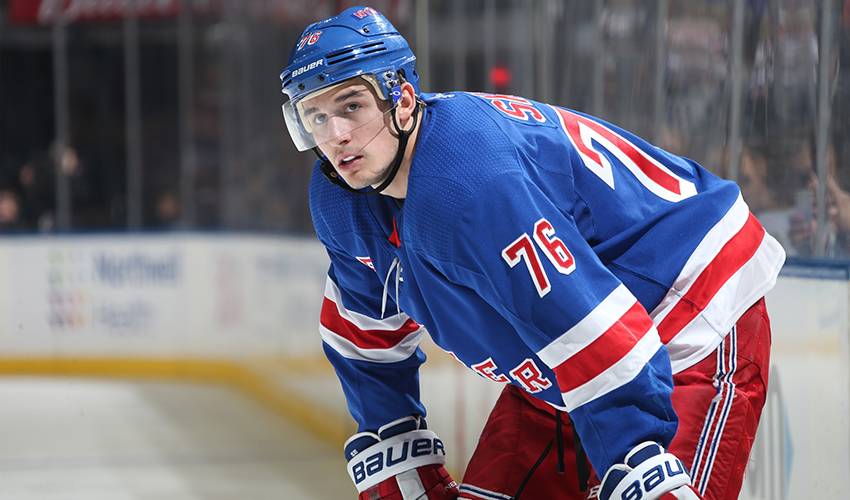 It was a tale of two seasons for Brady Skjei in 2017-18: the first as a young blueliner and the latter as an elder member of the defensive group.

The 24-year-old New York Rangers defenceman from Lakeville, Minnesota provides a query of his own before he gives an answer to the question.

“Can you believe that?” he asked. “It’s pretty funny, actually. It changed quickly this last year. I was the youngest guy on the D-corps and by the end of the year I was the second-most mature defenceman. It was a pretty crazy swing.”

Skjei doesn’t see the transition as a negative one.

In fact, the 28th overall pick of the Rangers in 2012 views it as a helpful tool in establishing himself as a leader.

“I was a young guy and then I had that leadership-type role with the defencemen by the end of the year,” he noted. “It was a good learning experience for me as well and I’m excited to build on that this upcoming year and in the future.”

It’s an important role to Skjei, one he was familiar with prior to joining the NHL ranks in 2015-16.

“At most levels I played at I’ve been a leader,” said the former University of Minnesota player. “In Ann Arbor (with the USA Hockey National Team Development Program), I was an assistant captain on a pretty good team. I think I have that leadership where I can be one of the guys to be counted on. I really enjoyed the opportunity to help some of the new defencemen that came in last year, being someone that they talked to, and to help keep them relaxed. I just really want to do what I can to help.”

“I’d say he had the biggest impact on me,” said Skjei. “We spent a ton of time together in the off-season working out. He’s been a guy that I’ve really looked up to. We kind of have similar playing styles, we’re both from Minnesota and we both went the college route. Just getting to know him and seeing the respect he gets in the locker room is pretty impressive. He took me under his wing and I was a sponge, just learning whatever I could from him. I definitely took notes.”

Now, Skjei is looking to take what he learned and pass it forward, as New York looks to put a forgettable 2017-18 campaign behind them and make their way back into the playoff scene.

Enjoying a quiet off-season, the 6-foot-3, 211-pounder is ready to get back in game mode.

“I’m really excited,” he said. “We’ve made a lot of moves in the off-season. Last year, it was a crazy one. I’m looking forward to the team we’ve got coming in, with a new coaching staff and a few new players. I think the future in New York is pretty bright. We have a lot of young guys that can step up and make an impact. It’s going to be a fun year for us.”

With Brady Skjei doing his part to help lead the way.