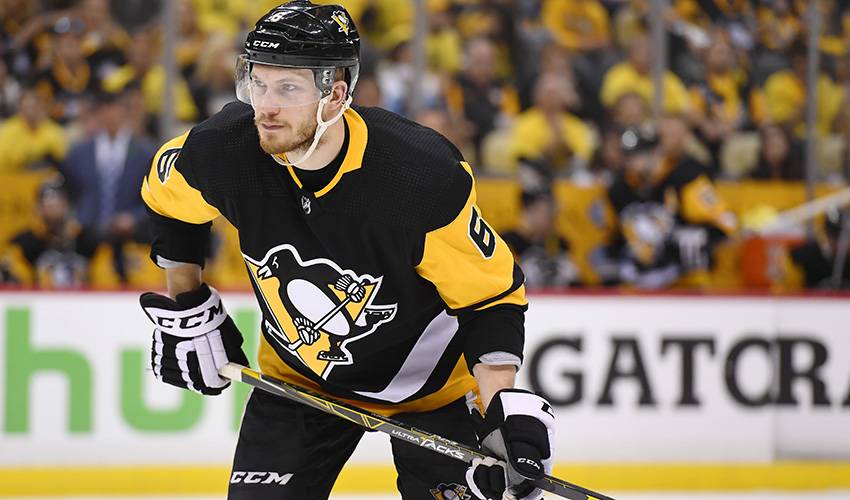 Two years ago, his sister Penny became a national darling and put the Canadian swim team on the Olympic map at Rio 2016. Penny, at 16, became the first Canadian to win four medals in the same Olympic Games.

Each time, she finished a race she would look into the stands to wave to her parents and Jamie cheering on the young Oleksiak.

“It was a cool experience that I hope to experience again,” Jamie Oleksiak said. “It was inspiring, definitely.

“It made me appreciate all athletes, in general, and the amount of work they put in for one of competition, the dedication other sports have. It makes you appreciate that you can play one sport all year long.”

Penny is a freestyle and butterfly specialist. In five races in Rio, she first anchored the Canadian women’s 4x100-metre freestyle relay team to bronze. The next day she won a silver medal in the 100-metre butterfly, setting a Canadian record and World junior record in the process.

A few nights later, Penny again anchored the 4x200-metre Canadian freestyle relay team to a bronze medal. She then raced from behind to share gold with American Simone Manuel in a dead heat in the 100-metre freestyle.

The gold medal meant Penny became the youngest champion in Canadian Olympic history. She was named the flag bearer for the closing ceremonies in Rio and later was an easy choice to claim the Lou Marsh Trophy as Canada’s 2016 athlete of the year.

While Penny returned to Toronto to celebrate her remarkable Olympic run with family and friends (Canada’s Wonderland was one of her first stops), Jamie resumed his training for the 2016-17 season with the Dallas Stars.

The Stars made the older Oleksiak the 14th overall selection at the 2011 draft. He progressed in junior, making the 2012 Canadian junior team and winning a bronze medal alongside Jonathan Huberdeau, Mark Stone and Mark Scheifele in Calgary.

A few months later, he found himself skating in the OHL final with the Niagara IceDogs alongside current Carolina Hurricanes defenceman Dougie Hamilton and his brother Freddie, who finished the season with the Arizona Coyotes. But Oleksiak, the Hamiltons and the IceDogs lost the championship final to the London Knights in five games.

Two years later, however, Oleksiak helped the AHL Texas Stars claim the Calder Cup. They closed out the five-game series against the St. John’s IceCaps with three overtime wins in a row. Oleksiak set up Brett Ritchie’s late-match tying goal in Game 4 that Texas won early in the first extra period.

But Oleksiak didn’t become a full-time NHLer until 2016, when he cracked Dallas’ roster out of training camp, six weeks after he watched Penny perform so brilliantly in Rio.

Nevertheless, a hand injury and too many occasions watching from the press box as a healthy scratch limited his first full-time NHL season to 41 games.

Last December, Oleksiak was moved by Dallas to the Pittsburgh Penguins in exchange for a 2019 conditional fourth-round draft pick. It was an early Christmas present. He went from a team that would miss the playoffs to playing alongside Sidney Crosby, Evgeni Malkin and the back-to-back Stanley Cup champions.

“What those guys have done in their careers speaks for itself,” said the 25-year—old Oleksiak, whose new team were knocked out by the eventual Stanley Cup-champion Washington Capitals in the second round last spring. “But they’re down to earth. Everyone on the Penguins made the transition easy.”

Going up against Crosby, Malkin and other talents like defenceman Kris Letang in practice has taken Oleksiak’s game up a notch or two.

“They’re so competitive,” he said. “They make everyone around them better and because you’re practicing against these guys it elevates your game.”