Dalton Prout’s decision to add a new wrinkle or two into his off-season training game plan has the 28-year-old defenceman pumped ahead of the 2018-19 NHL campaign. 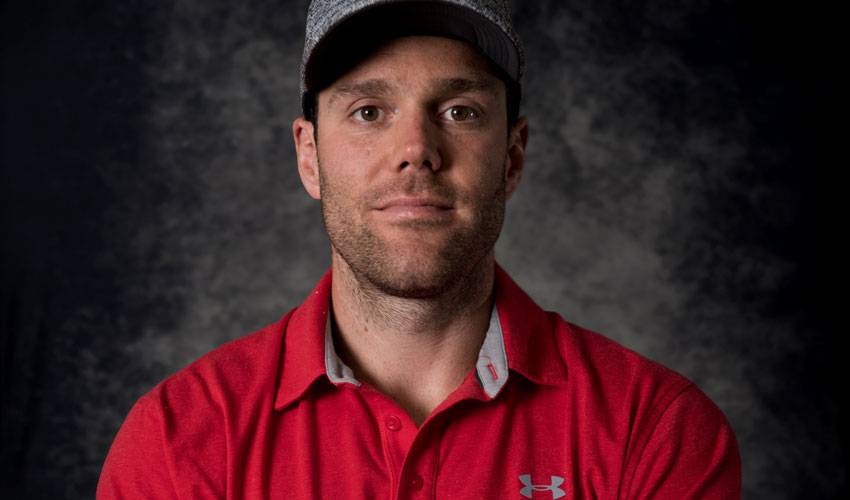 Dalton Prout’s decision to add a new wrinkle or two into his off-season training game plan has the 28-year-old defenceman pumped ahead of the 2018-19 NHL campaign.

While his golf game appears to be in fine form – Prout was one of 20 current players taking part in the 2018 NHLPA Golf Classic at Glen Abbey in Oakville, Ontario – the six-foot-three, 230-pound blueliner’s preferred topic of conversation that day had nothing to do with long drives and birdies.

“I’ve got some little different versions of training going on,” said Prout who came to Calgary via a trade with New Jersey last December. “Everything from a little bit of yoga and Pilates for a slower pace, to boxing and getting on the ice as much as I can. I’m trying to have some fun and relax at the same time.”

Prout, who played his junior hockey for three Ontario Hockey League teams - Sarnia, Barrie and Saginaw - and was taken by the Columbus Blue Jackets in the sixth round of the 2010 NHL Draft, has developed a newfound appreciation for yoga and Pilates.

“They are tougher than you think,” offered Prout who made his NHL debut on March 30, 2012, against the Florida Panthers. “But they’re awesome. With how fast the game is now, I think everyone needs a slower pace with the injuries that come up with the every day grind of the season. I think it’s important both mentally and physically to kind of hit a different gear in the summer and try and broaden your horizons on what you can be good at.”

The new training regimen hasn’t prompted Prout to completely shelve his favourite summer pastimes and pursuits in his off-season home of Tecumseh, Ontario.

He still finds time to hit the local golf courses for a round and take to the area waters to see if he can reel in a few prized catches.

“My accountant set up a fishing charter, I went to Europe for the first time, saw a buddy get married, and I did a little bit of travel,” said Prout. “What a lot of people don’t see is how much we are committed to our training.”

“I know it’s cliché to say that you’re in the best shape of your career, but every year you learn something along the road that you can improve upon from the past season. If you’re not doing that, you can’t keep up with the times. Each summer, you do whatever you can to be in the best shape mentally and physically coming into camp.”

And perhaps one day after he hangs up his skates, Prout can pass along his yoga and Pilates skills to a new generation of NHL players.

For now, though, it’s all about Prout being at the top of his training game.