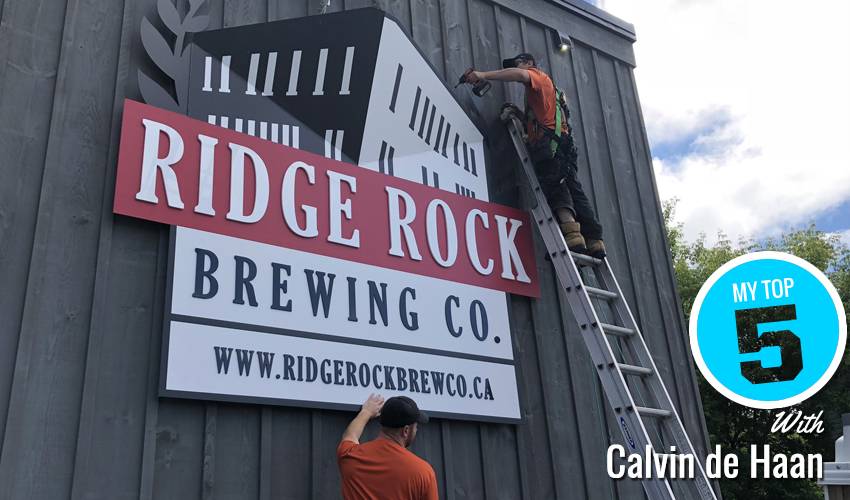 What’s been on tap during Calvin de Haan’s summer? Well, it’s been a little bit of everything, including a new NHL home, two weddings and co-ownership of a brewery in his hometown.

The 27-year-old defenceman skated by NHLPA.com to talk hockey, long drives, family, suiting up for Carolina and a business venture that will have plenty of people saying, ‘Cheers!’

1. Something very cool is brewing

“A few of my friends and I are opening up a brewery in town. We all grew up together and the four of us came up with the idea. It really came from two of my friends. They were sitting down having a pint and they said, ‘Let’s open a brewery.’ They called me and got another guy on board. We want to grow the community and create a great spot for the town of Carp (Ontario). We’re pretty pumped. We’re looking to open soon and we’re all pretty excited about it.”

“I can’t even remember what I did last week because the summer seems to be going by so fast. Standard stuff, really. I’ve been golfing and training. I’ve also been trying to see family as much as I can. There’s a pretty big farmers’ market on Saturdays that we tour around once in a while. It’s pretty much all the stuff everyone else does.”

“To be honest, my golf game isn’t as good as I want it to be. I haven’t played as much as I usually do. I’ve been skating a little more than I typically do. I’m just trying to keep the rust off and also trying to get better considering I missed 50 games last year.”

“It’s definitely exciting to be part of a blueline like Carolina has, especially being able to fit on the left side is ideal. It’s funny. I was looking at the roster the other day and I said, ‘Oh, man. I’m the oldest blueliner and I’m 27!’ I’m also 6’1”, 200 pounds, and I’m also the smallest blueliner. It’s pretty funny looking at that. I’m excited and my girlfriend is excited, too. My mom and dad are also pumped. I’m really looking forward to it.”

“It’s a quiet summer for us. We’ve gone to one wedding and we have another one scheduled to go to. A few summers ago, we had five weddings. That makes for a short summer. But it’s hard to complain. The weather has been great back home in Carp. Summer is the best. It’s nice to have the time to relax.”