Over his NHL career, veteran goaltender Carter Hutton fashions a flawless 5-0 record against Buffalo. He’s hoping for similar success this season, but this time in a Sabres sweater. 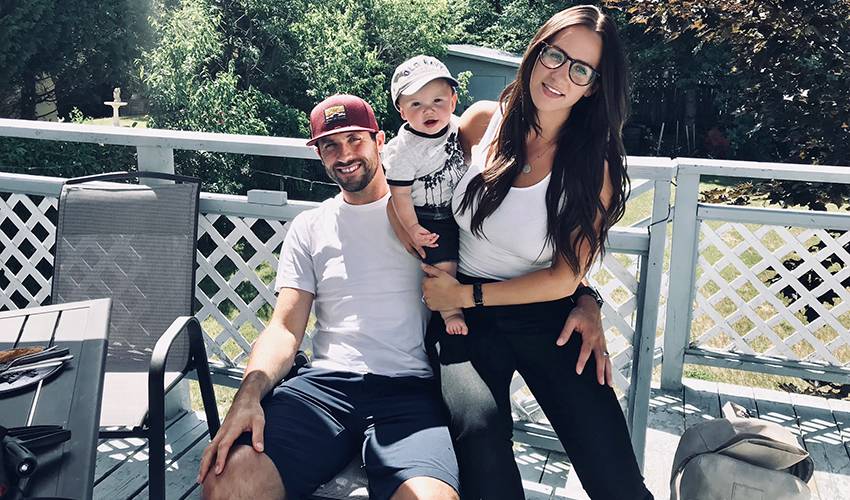 Over his NHL career, veteran goaltender Carter Hutton fashions a flawless 5-0 record against Buffalo. He’s hoping for similar success this season, but this time in a Sabres sweater.

There’s no trace of gloating in Hutton’s voice when he’s reminded of his strike rate against the Sabres since he entered the league in 2012-13.

In fact, the 32-year-old, coming off a career year with the St. Louis Blues, deflects the statistic with genuine humility and a measure of self-deprecation.

“It’s one of those things where you just happened to have success against a particular team,” Hutton told NHLPA.com from his off-season home in Thunder Bay, Ontario. “It was the opposite when I signed with St. Louis. I think was 0-5 when I joined the Blues.”

Entering the seventh year of his NHL career, Hutton won 17 games in 26 starts last season, a campaign in which he recorded a .931 save percentage and a 2.09 goals-against average.

He’s looking to continue that momentum into the 2018-19 season with a different team in a different conference.

“It’s one of those things that it’s a change of landscape and while you’re champing at the bit to get going, you also want to pace yourself because you know the season is going to be here soon enough,” Hutton explained. “You go through a lot of emotions and you see how your family and friends react – everyone’s excited about the next step.”

The low-key backstopper will keep things just that way for the next little while in northern Ontario, but first made some time to help out fellow Thunder Bay natives, the Staal family, by taking part in their annual Staal Foundation Open.

“For the most part, my wife and I are just hanging out,” offered Hutton. “We have a little boy at home. He just turned eight months, so that takes up a lot of our free time. Otherwise, we enjoy being out on the water. We’ll have friends over too.

“I have a water volleyball court that’s in about ankle to knee-high water. Every week, a bunch of buddies come out and we play that. It’s a fun way to get some exercise, but also to play a sport to keep that competitive edge going.”

It doesn’t take long for that competitive edge to come out in Hutton, who has also played with the Chicago Blackhawks, Nashville Predators and St. Louis.

“Oh, yeah,” he said with a laugh. “Definitely. It’s hard to hide that. Most things I do in life, that side of me comes out.”

It undoubtedly will when the Sabres kick-off the new season.

Hutton, the former Sabres slayer, is ready for the challenge.

“It’s something that is exciting for me and new, to kind of have that tag going in there, to earn the role to be a starter and expect to play a lot more games. We were welcomed with open arms and the feedback I’ve got from everyone has been so great. That definitely gives a comfort factor for my wife and I. Everyone in the organization has reached out to us, asking if there’s anything we need. I’m excited to jump in here head-first and get going.”

One certainty: he won’t be bringing up his past record against his new team.

“I think I might keep that one to myself. If it gets out, I’ll have to blame you for it being out there.”