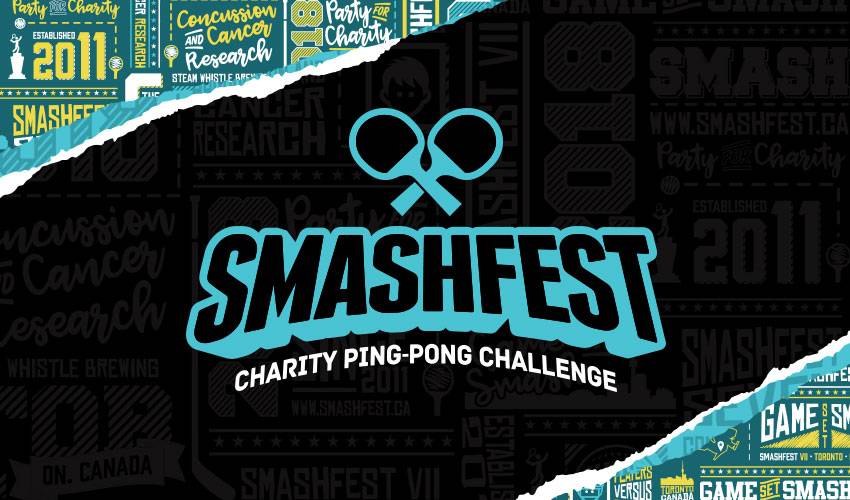 Passes for Smashfest VII are now on sale to the public at Smashfest.ca.

In addition, Moore and fellow NHL players Connor Brown and James Van Riemsdyk will be on-site tomorrow at the plaza located at the corner of Bay and Wellington streets in Toronto to talk about Smashfest®, play ping-pong with guests who stop by and give away prizes and tickets to the charity event of the summer. Tomorrow’s event, made possible by Oxford Property Group, will feature a lululemon athletica pop-up shop and beverages courtesy of Steam Whistle Brewing.

Attending media are asked to RSVP to Nadia Vocaturo (nvocaturo@nhlpa.com).

To date, Smashfest® has raised over $665,000 in support of concussion and rare cancer research. More than 20 current and former NHL players are expected to attend this year’s event, with player confirmations being announced in the coming weeks through Smashfest® social channels.

Stay up-to-date with the latest Smashfest® announcements by following @_smashfest on Twitter and Instagram and tracking #SmashfestVII.

Fans attending Smashfest® will have the unique opportunity to square off at the ping-pong table with and against NHL players; meet and interact with some of their favourite hockey players, among other celebrities in a fun atmosphere; and bid on exceptional auction items and prizes while garnering support for two important causes. Join the conversation with #SmashfestVII and be sure to follow Smashfest® on Twitter, Instagram and Facebook for announcements on each participating NHL player for Smashfest VII!