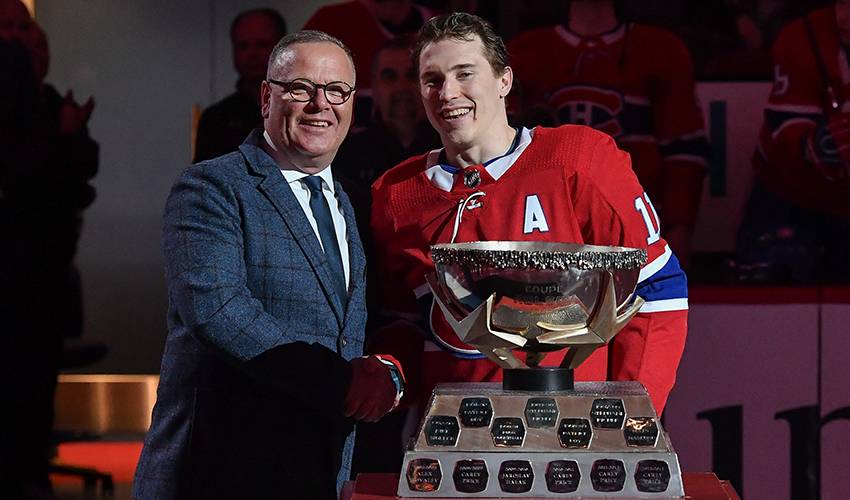 While his golf skills might not be up to par in his own estimation, the 26-year-old right wing, who was selected as the Montreal Canadiens' nominee for the 2018 King Clancy Memorial Trophy (an award given to the player who best exemplifies leadership qualities on and off the ice and has made a noteworthy humanitarian contribution in his community), is definitely at the top of his game when it comes to helping others.

“I feel privileged to do what I’m able to do and if it any point you can put a smile on someone’s face – our whole team, we’re all for that – I think we realize how fortunate we are to play the game we love so much,” said Gallagher. When you’re able to help someone who is a little less fortunate or who has caught a bad break here or there in life, I think it’s an easy decision to want to help.”

And help is exactly what the veteran of 406 NHL regular season games does regularly throughout the year.

Among his many charitable and community endeavours, Gallagher worked closely with Shriners Hospitals for Children - Canada during the 2017-18 NHL season, including his efforts with the inaugural SKATE FOR KIDS event in Montreal, which raised funds to support kids and families who depend on the hospital’s services.

In 2015 and 2016, he hosted the Celebrity Softball Classic in Vancouver, which also aided the Shriners Hospital for Children - Canada.

Gallagher’s other contributions included time spent at the Canadian Cancer Society's Jacques-Cantin Lodge last year and joining the Movember campaign to raise funds and awareness for men’s health issues. He donated $4,000 of his own money to the cause this past November.

The Edmonton-born forward is also a frequent visitor to Montreal hospitals.

“It’s not so much that I’m inspired to do it, I just think I get as much out of it as the kids that I meet,” said Gallagher, who is planning a couple of charity events for next summer and lending support to fellow NHLPA members’ events this year. “When I go to a hospital and see a kid who has every reason to be upset, feel down on life or themselves and they’re sitting there with a smile on their face, there’s no reason for us to be complaining about any day we’ve had. It puts a lot in perspective and it’s enjoyable to be around those happy, smiling faces. It makes your day.”

The only uncomfortable feeling comes when children and their families thank Gallagher for spending time with them.

“You just really feel humbled by the whole situation,” he said. “You just be yourself and you feel fortunate that you get to spend some time with some really great kids and people for a few hours. I leave and I know that I personally took something away from my time there.”